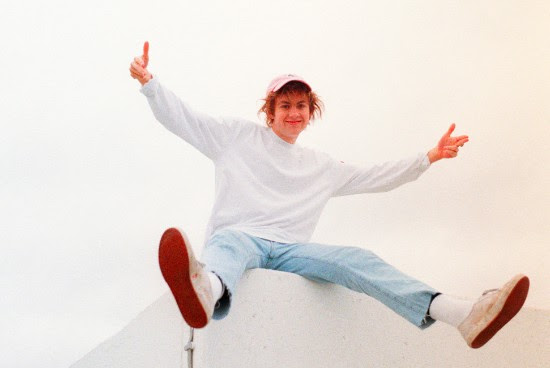 Fresh from a stellar opening performance at Glastonbury, RAT BOY begins a new chapter in his amalgamated style of hip-hop and indie punk with the brand new track ‘Get Over It’ – the title-track from his forthcoming EP, which was yesterday premiered by Annie Mac on BBC Radio 1’s ‘Hottest Records in the World’. Awarded NME’s Best New Artist of 2016, the Essex-native is making waves with his unique sound and DIY attitude, having created an immersive world that unites music, visual style and art on the Get Over It EP, due out on August 26 via Ratbag Records/Warner.

Set to a 70s bossa nova groove, ‘Get Over It’ finds RAT BOY’s raps rallying against the system. Inspired as much by Beck’s anarchic disregard for genre with ‘Odelay’ as it is by the atmosphere of Tarantino’s ‘Jackie Brown’, it’s a track which demonstrates the next stage in the continuing evolution of his sound and an attitude which continues throughout the rest of the Get Over It EP, mashing seemingly disparate influences into a cohesive vision, ranging from modern trap and punk to lost cuts from the worlds of USSR funk and retro Japanese folk.

The Get Over It EP will be released digitally and on 12” vinyl, packaged with a zine featuring RAT BOY’shand-drawn video storyboard for the accompanying video. Throughout the five tracks, RAT BOY reprises musical motifs in changing contexts within different tracks (see the horn and synth lines in ‘Get Over It’and ‘Cash In Hand’) to build an innovative, self-referential soundscape that’s also infused with the creative use of found samples.