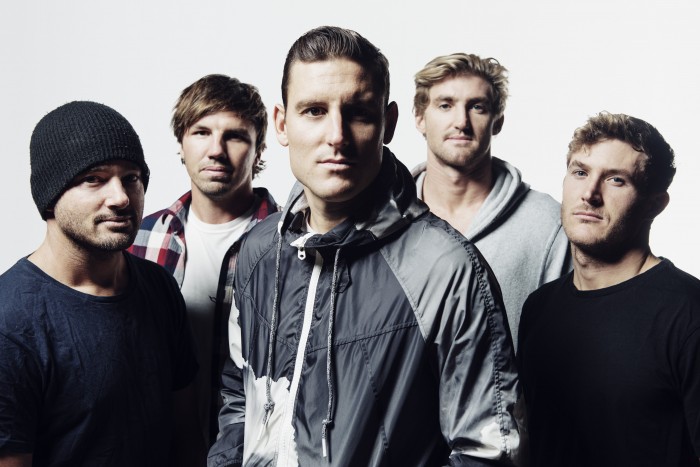 Parkway Drive has spent the past decade at the forefront of heavy music worldwide with a sound so uncompromisingly ferocious and intense. The video for the first single Vice Grip is the most intense video to date.

The Vice Grip video features the band members risking their lives by committing themselves to jumping out of aeroplanes directed by Frankie Nasso and shot by Joe Jennings, one of the most acclaimed best sky diving cinematographer to have existed.

“I couldn’t help get the idea out of my head. I put a few of these ideas to Frankie expecting him to say no way it’s not possible, it’s not going to happen and he loved it and basically just ran with it” states Ben Gordon

Winston McCall adds “The moment that Frankie said it’s on it actually became a very scary reality. I’m terrified of heights. This was the scariest thing I’ve done in my entire life. It became one of those moments when I realised yeah you’ve written this song and the lyrics mean a lot to you but if you don’t follow through with them then your not exactly practicing what you preach, like listen to what you’ve exactly put on paper.“

Parkway Drive share with you the behind the scenes video and to prove there were no stunt doubles whilst making this video.

“The song itself I wrote about overcoming fears. So we had this strange idea of hey lets jump out of an aeroplane.” Winston McCall

“The basic centre point for the entire clip came down to literally one shot and the whole theory behind the clip literally hinged on the one shot where I have to sing on the outside of the plane and then we jump off in the one cut simply so you know that I wasn’t being a stunt double that we actually did this shit. Its kind of freaky it took us a few takes to get. We didn’t nail it first time we took a couple of rehearsals.” Winston McCall

Vice Grip is taken from Parkway Drive’s highly anticipated fifth album, Ire out September 25 via Resist Records supported with a national Australian and New Zealand tour with special guests Thy Art Is Murder, Memphis May Fire and The Word Alive.