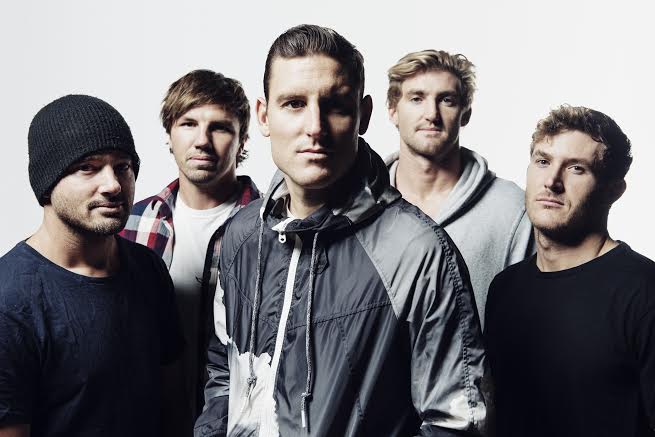 Parkway Drive has spent the past decade at the forefront of heavy music worldwide with a sound so uncompromisingly ferocious and intense. Their highly anticipated fifth album, Ire will be released on September 25 via Resist Records.

“This is the album for us. Every single step of the way, whenever there was gamble to take, we took the biggest one we could. If this isn’t the album that can go further than anything we thought was possible with this band and this type of music, that’s fine, but we can’t go back from this as far as we’re concerned.” – Winston McCall

The video for the first single Vice Grip is the most intense video to date. Featuring the band members risking their lives by committing themselves to jumping out of aeroplanes. It demonstrates risk-taking, showing no fear, and of acquiring new skills could be a metaphor for the entire creation of Ire, the follow up to 2012’s Atlas, which is certified gold in Australia.

Parkway Drive has taken a stunning creative leap and produced what they consider to be a career-defining statement and the results are mind-blowing. Ire is the sound of a band that continues to push their own limits. It’s bigger, heavier, more melodic and has more depth to it than anything they’ve done in the past. It retains all the hallmarks of classic Parkway Drive, but it’s clearly something brave and new.

Parkway Drive will be touring Australia throughout September and October for the IRE Australian tour. Joining them are special guests Suicide Silence, Memphis May Fire and The Word Alive.