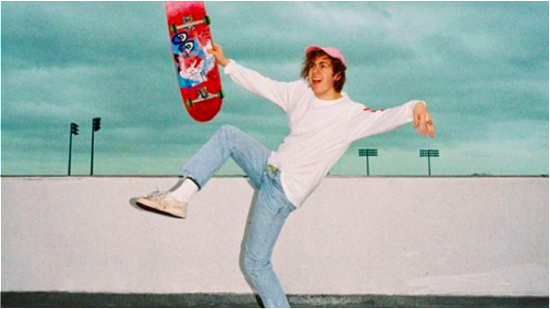 UK prodigy Rat Boy has finally unleashed his long-awaited Get Over It EP on the world. An eclectic combination of slick samples, hip-hop and indie punk, Rat Boy draws seemingly disparate influences into a cohesive vision, ranging from modern trap and punk to lost cuts from the worlds of USSR funk and retro Japanese folk. The album title-track and lead single ‘Get Over It’ was praised as “the ultimate summer record” by BBC Radio 1 and added to C Rotation on the station, exceeding 23,000 plays on Soundcloud and 144,000 views on YouTube.

The Get Over It EP is available digitally and on 12” vinyl, packaged with a zine featuring RAT BOY’s hand-drawn video storyboard for the accompanying video. Throughout the five tracks, RAT BOY reprises musical motifs in changing contexts within different tracks (see the horn and synth lines in ‘Get Over It’ and ‘Cash In Hand’) to build an innovative, self-referential soundscape that’s also infused with the creative use of found samples.