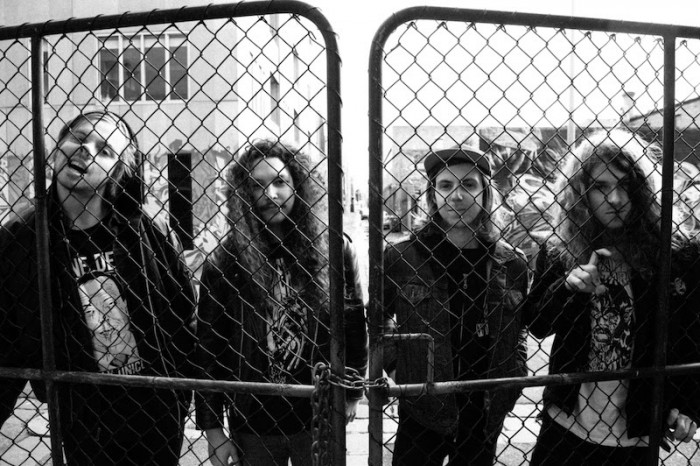 Currently blasting through a tour of the US, Aussie hardcore punk champions Clowns have announced their final headline tour in support of their acclaimed 2015 release Bad Blood.

And they’ve unleashed a live video for ‘Never Enough’ that’s as relentless as they are in the flesh.

In 2015 Clowns have unsolicitedly carved their name into the walls of the Australian punk rock hall of fame. The success of their most recent full length Bad Blood has seen them smash sold out shows and festivals nation wide, appear at the 2015 SxSW festival, become the first ever Australian act to (dis)grace the prestigious Riot Fest line up in Chicago and achieve high rotation on national radio stations and bedroom record players alike.

Since their inception in 2010, Clowns have gained ever greater notoriety for their explosive, enigmatic and unpredictable live shows. This wild beast is best experienced in its natural habitat (small capacity dive bars and pubs), and through October and November you can do just that. After this tour Clowns will hit the road for an enormous stadium tour as main support for Rise Against, then take to annihilating festivals throughout the summer. It won’t be long before these lads hit the rehearsal rooms to write again, so be sure to quench your thirst for some bad blood while you can.

Joining Clowns on the road will be power trio Cosmic Kahuna, bashing their trademark style of pub rock meets surf rock through the crowd as if a tidal wave hit The Espy in 1989.