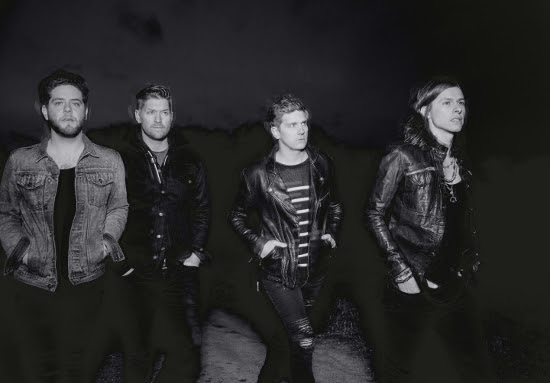 South Carolina’s NEEDTOBREATHE hit Australia for the first time in 2015, playing to 1500+ in every Australian capital and converting a new legion of fans to their brand of American rock ‘n roll.

Just a couple of months after returning to the states, the band blitzed US radio with their gold-certified hit ‘Brother’ and headline a run of amphitheatres and arenas after their album Rivers in the Wasteland debuted at #3 on the Billboard Albums chart and #1 on the US Alternative charts.

The band returned to the studio to create their followup album H A R D L O V E, delving further into melody with the album’s first single ‘HAPPINESS creating an invitation for the world to embrace both NEEDTOBREATHE and each other. The album is released globally on July 15 with Australians able to grab the new single as well as three other album tracks instantly when they pre-order via iTunes.

“Up until now, I think we made people climb in through the window to really get into our band, but this record is about leaving the front door wide open. It’s very different and adventurous for us, but I can’t wait for the fans to hear it,” explains lead singer Bear Rinehart.

‘HAPPINESS leaves genre at the door, meshing elements of rock, pop and soul then adding Rinehart’s trademark rock vocal, a driving beat and even a gospel choir.

The band are spending the US summer touring amphitheatres and arenas acrossmore than 50 shows including a return to the legendary Red Rocks Amphitheatre which sold out on their 2015 tour and was captured in an inspired live recording exclusively available on TIDAL.