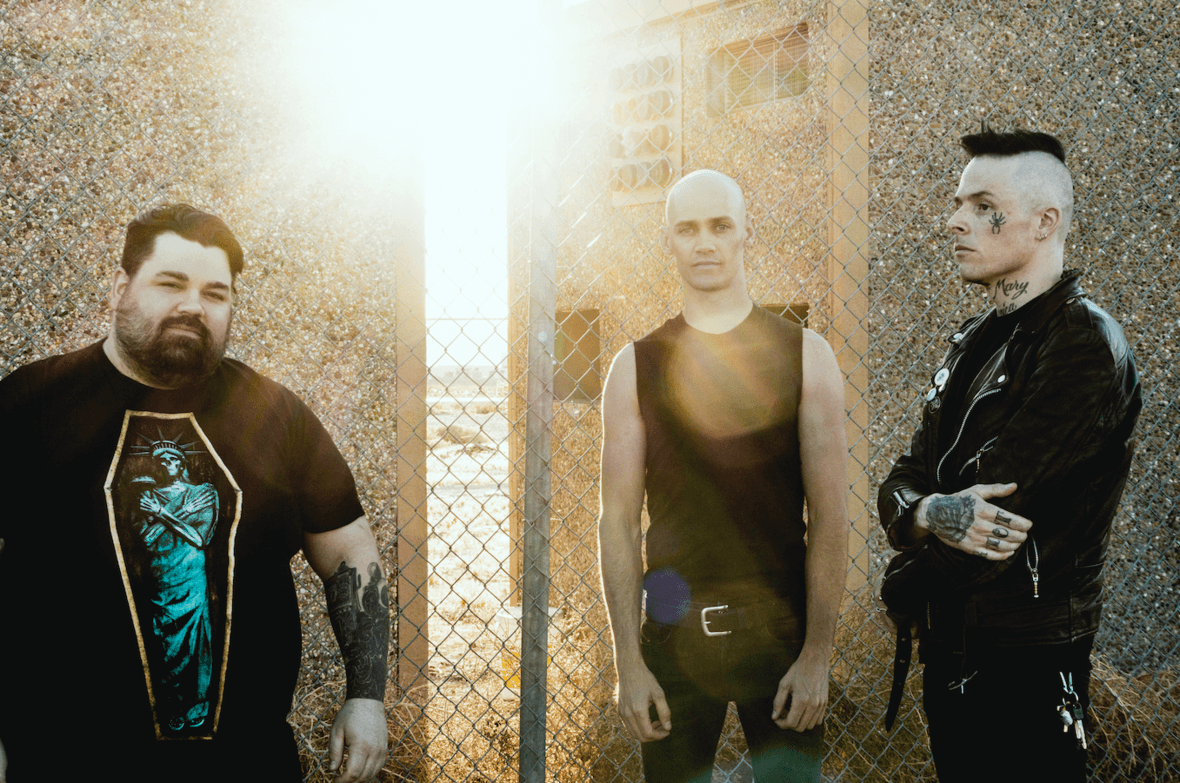 Mercy Music has described itself as “sad bastard power pop,” but anyone who has felt the weight of face-tattooed frontman Brendan Scholz’s crushing guitar, might call the Las Vegas trio something else. This is some mean machine rock ‘n’ roll, you could say. Lightning in a bottle, for sure. It surely has too much energy to be considered sad… wait… what is this?

The thing with Mercy Music is, no one – not even the band – knows exactly what to call it. Is it punk rock? Certainly – Scholz has been known to bloody his face by bashing it into the microphone. Is it rock ‘n’ roll? With Scholz’s surgical mastery of a Les Paul and Marshall amp, nobody would argue otherwise. Is it pop? Holy hooks and explosive choruses! You betcha. And just when you thought you had ‘em pegged, they could easily bust out a cover of “Purple Rain.”

“That’s the number one thing I get is that we sound like a bunch of different bands or that we don’t fit anywhere specifically. Everyone thinks it’s a great problem to have, but it’s really not,” Scholz says.