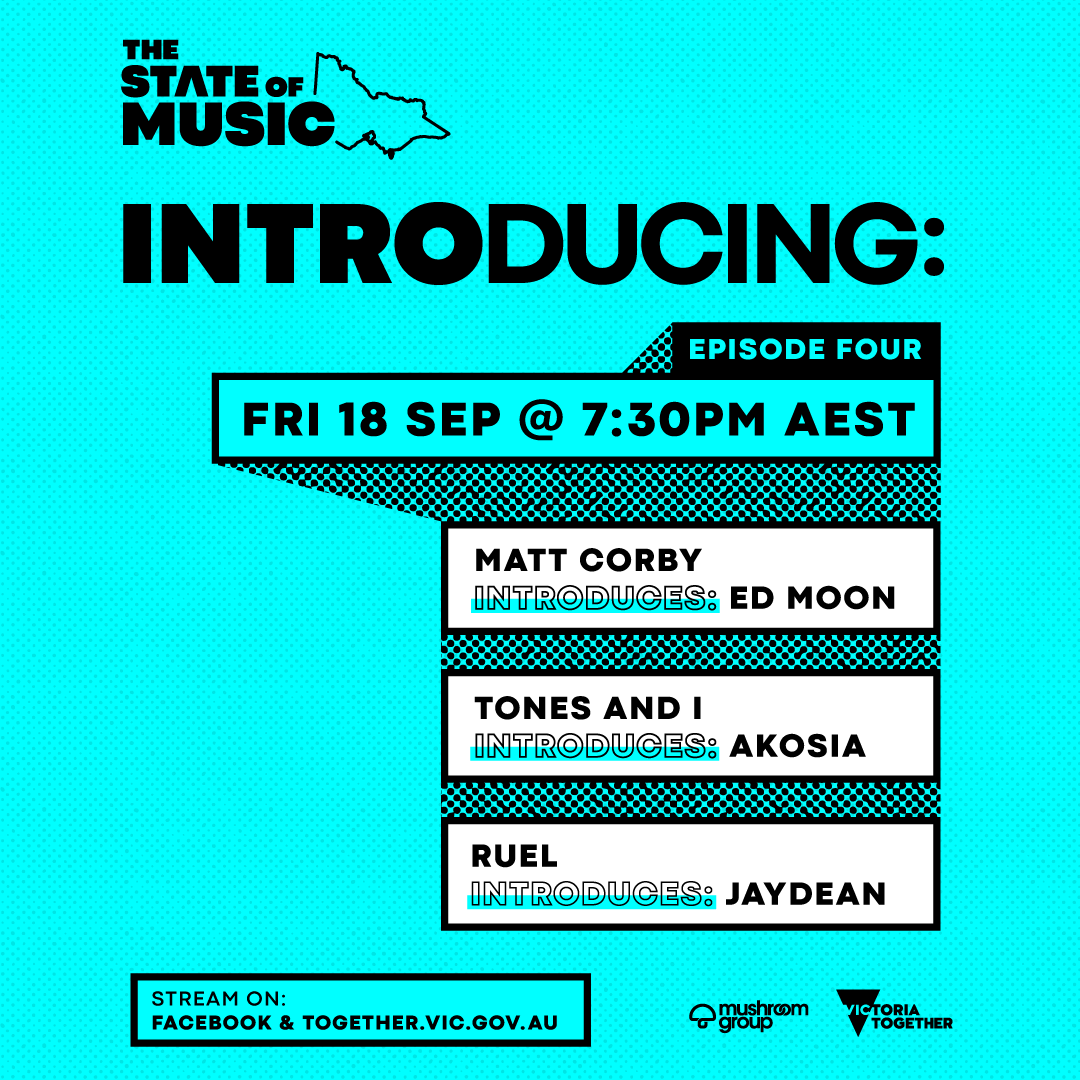 Missing live music?  Missing discovering your new favourite artist?  Mushroom Group are pleased to announce Episode Four of The State of Music – INTRODUCING. The streaming series, in partnership with the Victorian Government, has cast a spotlight on twelve of the state’s emerging musicians, each introduced by a fellow respected and established performer. Catch Episode Four from this Friday 18 September from 7:30pm AEST via the Victoria TogetherFacebook, YouTube and website.

Next up, global chart-topping sensation Tones And I will introduce neo-soul star Akosia, a Melbourne based singer-songwriter whose music takes listeners on a poignant journey through melodic harmonies and meaningful storytelling. Akosia’s debut single ‘Don’t Say’ explores the reality of life and love, sharing her most intimate experiences through soulful vocals.

ARIA’s 2018 Breakthrough Artist Ruel will introduce viewers to R&B soul-singer JAYDEAN. The last year proved to be huge for the soul singer, with his debut single ‘Touch’ nominated for APRA Song of the Year, as well as the release of single ‘Forget’. Between releases, JAYDEAN toured alongside Aussie superstars Ruel and Kaiit.