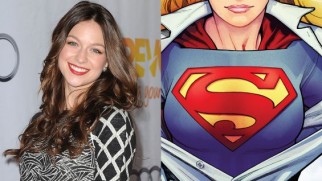 Melissa Benoist most recently seen in Glee has been cast in the CBS pilot Supergirl.

Based on the character from the DC comic the series will focus on Kara Zor-El (Benoist). Born on the planet Krypton, Kara Zor-El escaped when Krypton was facing destruction. Since she arrived on Earth Kara has been keeping her super powers hidden from her cousin Superman. Now at the age of 24, Kara decides to step up and embrace her powers and become the super hero she was always meant to be.

Warner Bros TV and studio based Berlanti Prods. will be producing with the script written by Greg Berlanti and Ali Adler .

Benoist had to undergo an extensive casting process to beat out other actresses including Australia’s own Claire Holt (H20, Just Add Water) and Once Upon a Time’s Elizabeth Lail.

Benoist looks to be hot property with several upcoming works including The Longest Ride, co-starring Britt Robertson and Scott Eastwood.