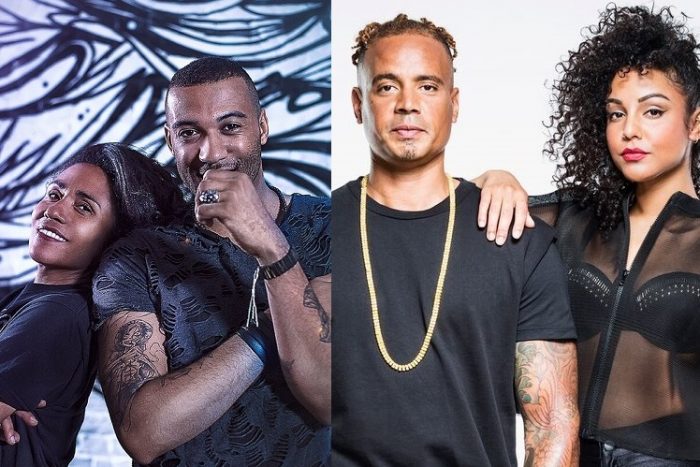 It’s not just a show, it’s an extravaganza! Four of your favourite International 90s Dance Superstars join together for a night of Mega 90s hits!

Are you ready for this? 2 UNLIMITED (Netherlands) will hit Australia for the very first time in March 2017 to perform all their biggest hits including No Limit, Get Ready for This, Twilight Zone, Tribal Dance, Workaholic and more. The techno/dance-pop phenomenon known as 2 UNLIMITED had 9 Top 40 Australian hits and have sold over 20 million records worldwide.

When TECHNOTRONIC (Belgium) released Pump Up The Jam it sounded fresh and exciting and unlike anything else at the time. It paved the way for dance-pop, house, and rap to enter the mainstream charts. The Belgian superstars followed up Pump Up The Jam with another Australian Top 10 hit, Get Up! (Before the Night Is Over) and This Beat Is Technotronic.

REAL MCCOY (Germany) will instantly take you back to the 90s with their mega hits Automatic Lover, Runaway and Love & Devotion as well as number 1 hit single Another Night and platinum selling single One More Time. The German dance/ rap group have announced original studio singer Karin Kasar has reunited with founding member and rapper O-Jay, giving you the opportunity to see the original line up. You don’t want to miss this.

DR. ALBAN (Nigeria) will open up the Mega 90s Extravaganza with his ‘Electrifying and Energizing’ brand of dance music. DR ALBAN first entered the Australian charts in 1992 with the worldwide Eurodance hit It’s My Life. His follow up single Sing Hallelujah peaked at #5 on the Australia Charts and reached Platinum status. 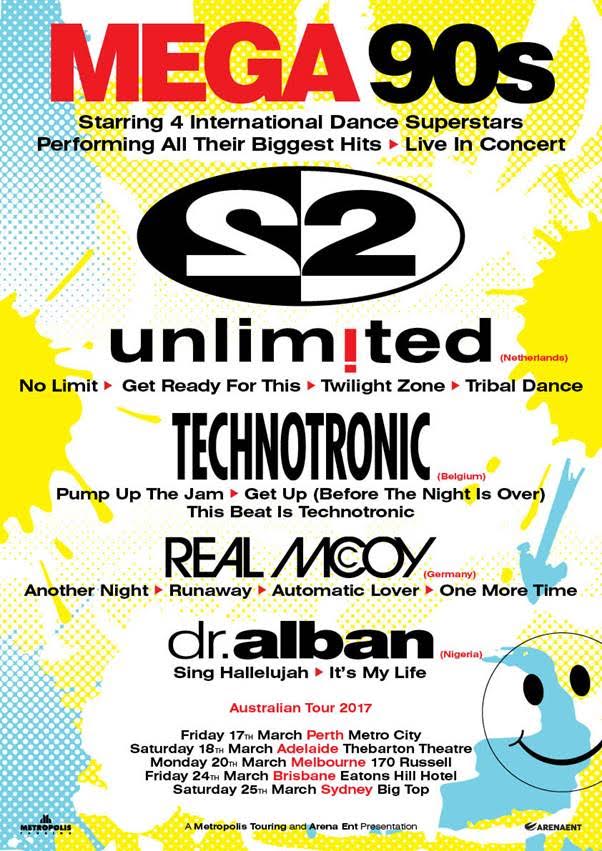