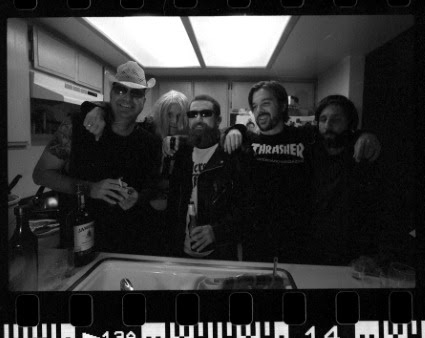 The EP was produced by Jim Monroe (CJ Ramone, The Adolescents) and mastered by Stephen Egerton (Descendants, All, Flag) and will be issued on limited edition 7″ vinyl and at all digital outlets.

Johnny Scars says, “(label owner) John T. Frazier agreed to a year’s supply of beer. How could I say no to signing with Spartan? This will guarantee great records for the year to come.”

With songs about a female assassin (“Bandita”), fear of the government (“All Lies”), breaking the law (“Rules and Laws”), and killing people in positions of power (“Vampire”), Lucky Scars is sure to bring delight and enthusiasm to all who live comfortably in paranoia.

Using the boy band analogy to describe Lucky Scars, Nik Kill (lead guitar) is the cute one. Hailing from the dark streets and dirty back alleys of San Jose, CA, he dropped out of high school to dedicate his life to rock ‘n’ roll and has never looked back.

Tall, lovable Johnny Scars (vox) has never turned down a chance to party or rock. He’s the A. J. McLean of the band — before A. J. got sober. A cross between a drunk teddy bear and a bull in a China shop, Johnny wants nothing more than to rock with you, not against you.

Craig Rage (drums) is the mean one. Uncomfortable in crowds, he has offered up no personal information, only grunts and middle fingers.

K.D. Wish (guitar) is the quiet one. An avid outdoorsman and motorcycle enthusiast, he also collects guitars and weapons. His latest home improvement project is building a bomb shelter.

Brass (bass guitar) is the smart one. He lives and breathes rock ‘n’ roll. Brass is the head counselor at a rock ‘n’ roll fantasy camp. 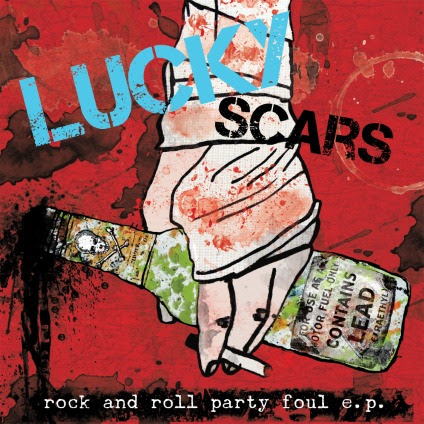