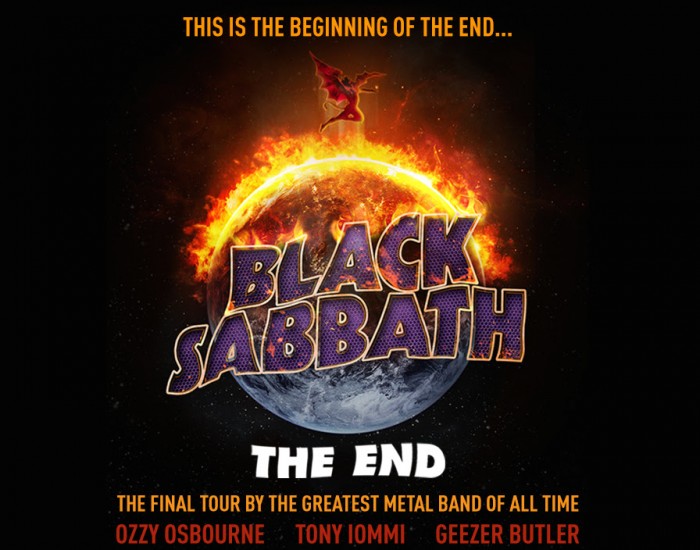 It started nearly five decades ago with a crack of thunder, a distant bell ringing and then that monstrous riff that shook the earth. The heaviest rock sound ever heard.

In that moment Heavy Metal was born, created by a young band from Birmingham, England barely out of their teens.

Now it ENDS, the final tour by the greatest Metal Band of all time, BLACK SABBATH. Ozzy Osbourne, Tony Iommi and Geezer Butler close the final chapter in the final volume of the incredible BLACK SABBATH story.

BLACK SABBATH’s farewell tour, THE END, begins January 2016 in the USA and lands in Australia onApril 15, and it promises to surpass all previous tours with their most mesmerizing production ever.

Tickets for all shows will go on sale at 10am Monday September 21.

Telstra Thanks is bringing an exciting 48-hour pre-sale just for Telstra customers from 2pm Tuesday September 15 until 2pm Thursday September 18. Register now at telstra.com/music. Telstra mobile customers can dial #830# from their mobile to receive a unique code immediately.

My Live Nation members may also be among the first to access tickets during the pre-sale commencing at2pm Friday September 18.