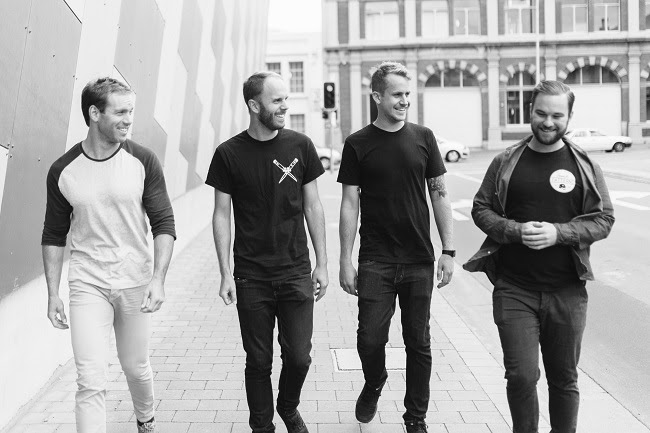 Like A Version covers tend to trend pretty viciously the day they are recorded, but few seemed to pull at our collective heartstrings the way Luca Brasi’s recent cover of Paul Kelly’s ‘How To Make Gravy’ did. The classic Australian track’s tone perfectly mirrors the warmth, soul and sadness of Luca Brasi’s most recent album, third studio effort ‘If This Is All We’re Going To Be’. It also boasts the uniquely Australian attitude which has won LB a slew of new fans in 2016, many off the back of the band’s well-earned Feature Album on triple j, a top 20 debut on the ARIA Chart and a #1 spot on the AIR album chart.

Having just completed a lap of the country with long time friends and comrades The Smith Street Band, , Luca Brasi will knuckle down this August to headline their own tour with friends Moose Blood and The Hard Aches. The Melbourne and Sydney legs have already sold out, with more on the way. This collection of shows will pre-date a European tour through September, and an appearance at January’s Unify Festival alongside Alexisonfire, Northlane, Violent Soho and many more.

Local supports for the tour have now been revealed, showcasing a smattering of legitimately legendary talent from each city – Hobart to Perth. Jen Buxton will bring a full band along for support in her hometown of Newcastle and Brissie hot ticket Deafcult will bring their own cascade of fans up north. Kissing Booth with lend a gentler touch in Melbourne and new wave post-rockers Hedge Fund will warm up a sold out Sydney crowd.

Tickets are on sale now at lucabrasi.com.au and are expected to continue to move quickly this winter. Get to it!