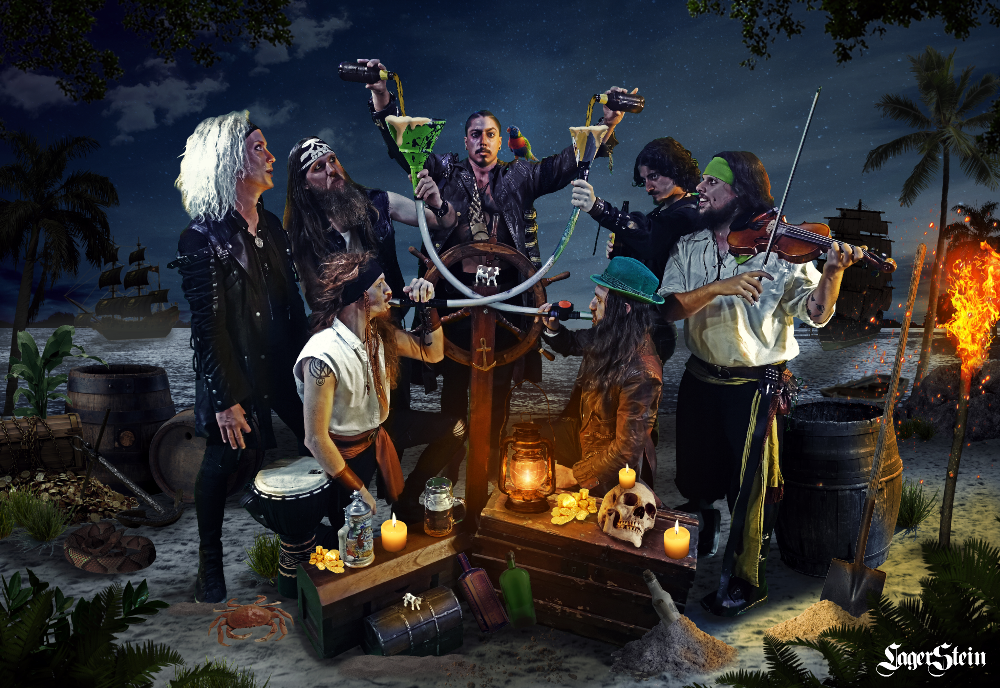 Brisbane’s own pirate metallers, Lagerstein, are offering up the first touch of pure gold from their recently announced ‘25/7‘ album – with a brand new video & single “Dig, Bury, Drink!“, with pre-orders for the album available now through the band’s website and the single available now through all digital stores/streaming platforms at https://ffm.to/lagerstein_digburydrink.

Wednesday 12th June at 4pm AEST will also see the band launching a treasure hunt at their brand new site partytimesahoy.com for the songs from their record. Essentially, the Pirates got pretty much black-out drunk to celebrate the end of the mixing and mastering process – and lost the masters – so now, they need the internet’s help to find the clues to the trail to find the record so that it can be released intact on Friday August 23! Punters need to sign up at the site in order to be fed clues as to where they might be able to hear more of the record on the pirate’s journey to August 23…

Dig, Bury, Drink!, the first cut from the band’s third studio album has Captain Gregarggh singing, “Rum on every island, our best idea yet / No matter where we sail, the party is set”, boasting to listeners all across the lands of the seven-piece party pirates’ mantra. The party horn will be sounded Tuesday 11 June – when triple j’s The Racket will spin the track loud and proud.