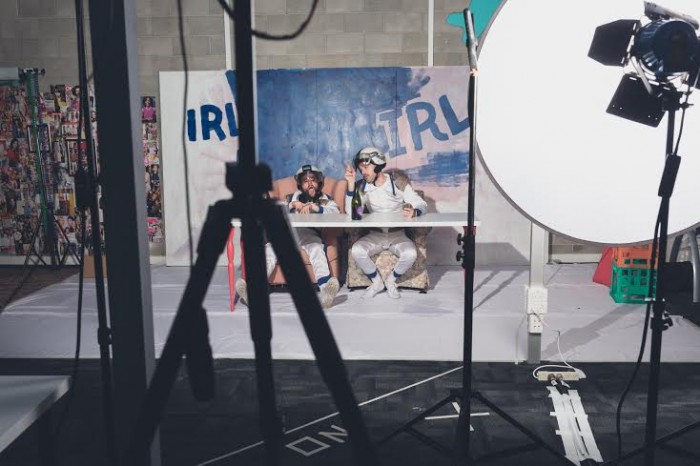 You’ve heard the single! Now watch the video! ‘KING OF THE INTERNET’, the band’s heaviest song yet according to bassist Jason Leigh, is the result of experimentation with the bands unique and distinctive ART ROCK sound whilst experimenting with pre-mixed energy drinks which is clearly reflected in the awesome new video!

In a drinks and friendship fuelled frenzy, ‘KING OF THE INTERNET’, a time lapse/stop animation video, was filmed over ten hours with the camera taking a single photo every 15 seconds. The video was shot in its sequence whilst Chris Edser and Sam Barratt, the band’s illustrators worked to create the single and EP artwork live and in real time by painting and repainting a wall whilst recording the entire creation with stop animation.

WE WERE TOTALLY PREPARED TO HELP OUT WITH THE ART BUT THE ARTISTS SAID IT WAS PROBABLY BEST IF WE STAYED OUT OF THE WAY AND OUT OF THEIR PERSONAL SPACE – Adam Stagg, The Stiffys

With a killer, infectious hook and a driving beat, KING OF THE INTERNET brandishes the bands distinctive and autobiographical songwriting structure whilst revealing fresh new depths to the party loving and internet savvy duo and again firmly cements them as true pioneers of ART ROCK.

To coincide with the release of the band’s brand new EP ‘ART ROCK ONE’ on September 10, THE STIFFYS are heading back out on the road for a string of headline show dates kicking off in Brisbane on September 11.

w/ The Durries and El Bravo

w/ The Fire Alive and Hyperdrones

w/ Battlehounds and The Prophets of Impending Doom

w/ Bad Bitch Choir and Bones Jones and the Skeletones