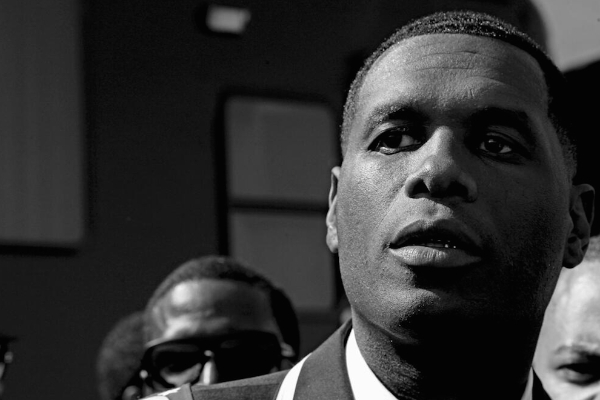 Enigmatic rapper-producer JAY ELECTRONICA will visit Australia for a trio of intimate headline shows this July – bringing his incendiary talent to audiences in Melbourne, Sydney and Perth.

Tickets for all shows are on sale now.

Long held as one of hip-hop’s most progressive figures, Jay Electronica has commanded unwavering respect and curiosity since emerging from obscurity with his 2007 mixtape, Act 1: Eternal Sunshine (The Pledge) – a 15-minute opus based on instrumental samples lifted from Jon Brion’s Eternal Sunshine of the Spotless Mind soundtrack.

The release of his singles ‘Exhibit A’ and ‘Exhibit C’ – both collaborations with legendary producer Just Blaze – swept the nomadic rapper even further into the spotlight: leading to acclaim from music press worldwide, a public endorsement from Kanye West and, in 2010, the announcement that Electronica was to be the latest signee to Jay Z’s record label Roc Nation.

Since then, the world has eagerly awaited a debut album release from the rapper-producer, catching further glimpses of his singular voice through feature appearances on tracks by Common, Big Sean, Curren$y and Mac Miller, amongst many others.

Don’t miss out on your chance to take in Jay Electronica: an undeniable and unyielding talent.