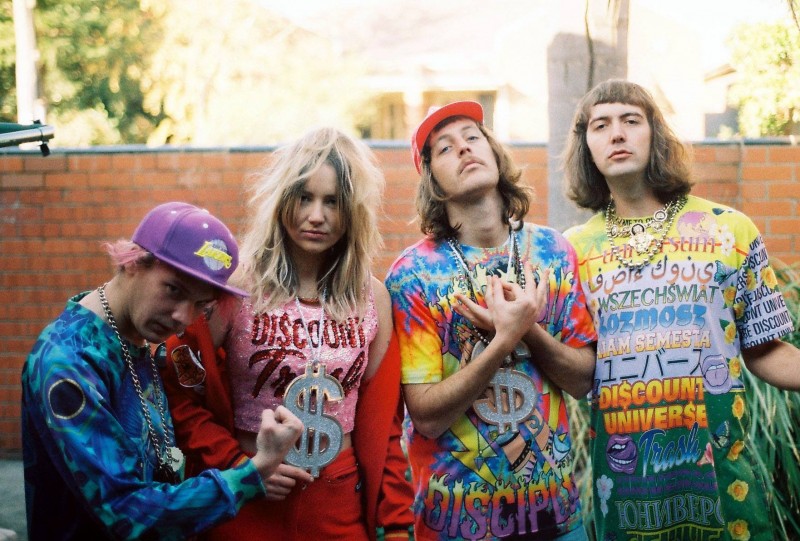 Pow Pow Kids are the boisterously beating heart of Melbourne’s DIY punk scene and their upcoming tour with affiliated brat pack, Dumb Punts will be the first time playing outside of Melbourne. Pow Pow Kids have a long list of associated bands, including Bonnie Doom, Drunk Mums, The Nugs, Syntax/Semantics, you could even say it’s a punk super group of sorts.

The new project of Pow Pow Kids is about gleeful destruction and infectious cacophony. Their hazy guitar riffs, reverb drenched vocals and solid melodic hooks are served up with a signature flair for irreverence and audaciousness that makes their sound wholly their own.

Introducing themselves to the digital world with their ‘Pow Pow Theme’ a couple of weeks back and accompanied by an equally as incredible video clip, the band went on to release ‘Im Alright Now’ earlier this week, ahead of the sneaky drop of a collection of tracks titled DANKBEATS on Friday, July 3.

The release is a testament to why grabbing a bunch of instruments with your mates and creating music, whether it’s in our basements or a $100-an-hour studio, is so therapeutic for so many of us. 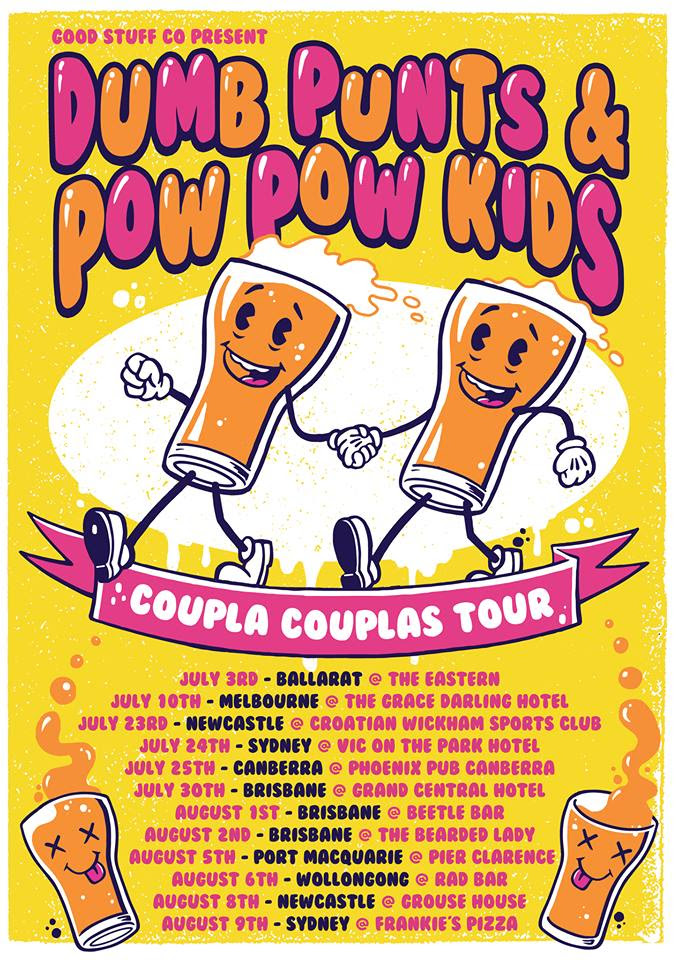 Partners in crime, Dumb Punts and Pow Pow Kids will team up for a series of tour dates up, and then back down the East Coast. It’s a perfect pairing; aside from the fact that the bands share members, Dumb Punts’ jagged and catabolic rock’n’roll and Pow Pow Kids’ synth glazed garage pop makes for an evening of celebratory chaos.