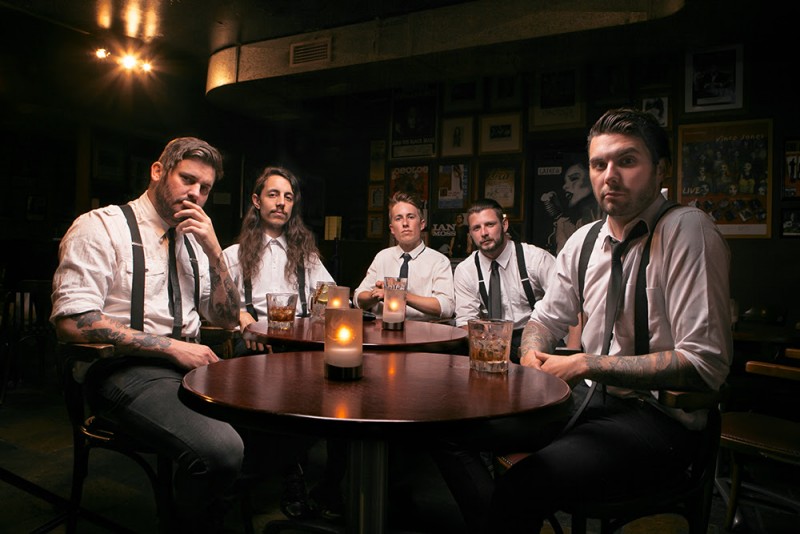 Despite a successful 2014 album and top 20 chart debut, last year Buried In Verona found themselves staring oblivion in the face. The core of the band regrouped, recruited fresh blood and collectively refused to let the world get the better of them. From the wreckage comes their best songs yet, fuelled as much by rage as they were by defiance. Vultures Above, Lions Below is the sound of a band who have decided that nothing less than revenge on the world that spat them out will do. It’s sometimes easy to forget their pedigree – Notorious and Faceless hit #20 and #15 on the ARIA chart in 2012 and 2014 respectively – but events of the past year conspired to push them to their limits.

Vultures Above, Lions Below was mixed and mastered by world renowned engineers Fredrik Nordström and Henrik Udd (Bring Me The Horizon, Architects, Soilwork) at Studio Fredman in Sweden, and was written, produced and recorded entirely by the band – Brett Anderson (vocals), Richie Newman (guitar), and new additions to the line up – Mark Harris (guitar), Brandon Martel (bass) and James Swanson (drums). It’s the most powerful, honest and subsequently exciting album to ever wear the Buried In Verona name.

“This whole album is the album we have always wanted to write,” says Newman. “It’s the most honest representation of who we are as people – we’ve been through hell and back in a lot of aspects of our lives, and this is the end result.”

The first single from the forthcoming album was premiered last night on triple j’s The Racket. ‘Can’t Be Unsaid’ is a powerful ode to moving on despite a brutal past which is a fitting first offering from Buried In Verona.

“‘Can’t Be Unsaid’ is about letting go of all the negativity surrounding myself and Buried In Verona,” says vocalist Brett Anderson. “I wrote it when I was at my lowest point as a way to get me past everything that had happened. Ever since then, I’ve been focusing on the positives and using music as my escape again. After years of anguish I’m so happy to have regained my passion for music.
The idea we would like to encourage everyone to get behind is this: write down whatever in your life is painful, hurting you, bringing you down – basically whatever is stopping you from being truly happy with yourself and your life. Write it as down as honestly as you can and project the negativity on to the page, into the ink and let go of it. Take it to a calm place that you love, read it one last time, set it alight and watch it burn. Don’t live in the negative space with negative people. Life is short, don’t waste it.”