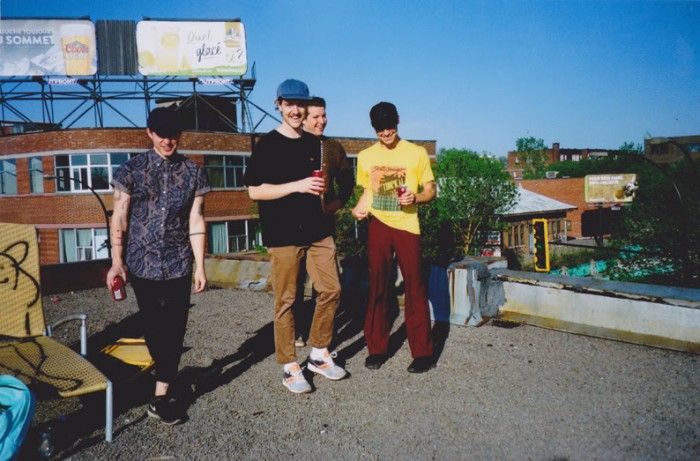 Slacker-jazz, RnB virtuoso and former Mac DeMarco guitarist, Peter Sagar has finally announced he’ll make his debut visit to Australia under the guise of Homeshake, with his full band in tow in 2016. December – while we’re poising our selves for the midnight snacks that go hand in hand with the festive season and its endless late nights, Christmas parties and festivals, one Canadian is poising himself to bring his Midnight Snack to Australia for the first time.

It was in 2014 when his side-project of Homeshake burst into view with the release of his debut album In The Shower. As Homeshake took off, Sagar reflected on the loneliness that plagued him and longed for life back home in Montreal. He recently broke away from those goof gods to work away on his own, beautifully tape-warped take on indie-pop and focus on rebuilding the infrastructure of his life.

His newest, and sophomore album Midnight Snack, released earlier this year via Strange Yonder in Australia, is a smooth record designed for maximum relaxation, and the perfect accompaniment for when the party has ended, and you’re still slightly intoxicated. It was recorded in the winter of 2015 at The Drones Club in Montreal with help from Jackson Macintosh.

So prep those mouths and drown in Homeshake’s woozy buffet of 80s and 90s influences till we can receive a Midnight Snack of our own.