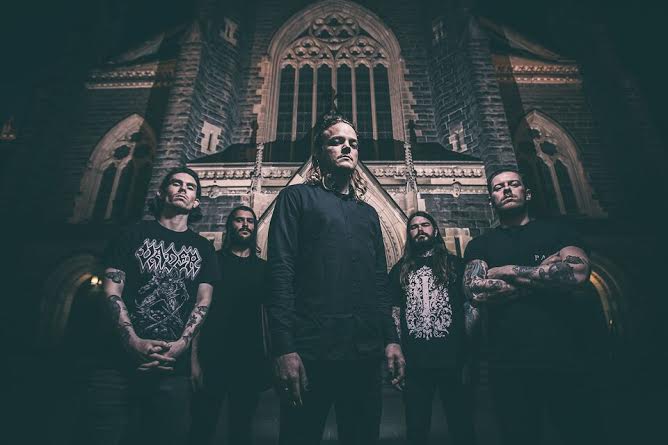 ‘Unholy’, the savage debut album from Colossvs, was unleashed on Halloween 2014, and the year that followed in the wake of has seen the Melbourne metal congregation go from strength to strength. A grueling schedule of Australian tours with Thy Art Is Murder, The Black Dahlia Murder, Psycroptic, King Parrot, and Birds In Row was backed up by supports with such legendary acts as Goatwhore, Decapitated, Revocation and At The Gates. Overseas journeys saw the band traverse New Zealand with Dawn of Azazel, as well as perform in Thailand and Malaysia before crushing Indonesia at the Hammersonic International Metal Festival alongside Lamb of God, Mayhem, The Faceless, Unearth and more. Road hardened and ferocious, this December these heathens bring 2015 to a close with four intimate sermons that will see them perform ‘Unholy‘ in full from start to finish.

Scatter the flock. Set them alight.