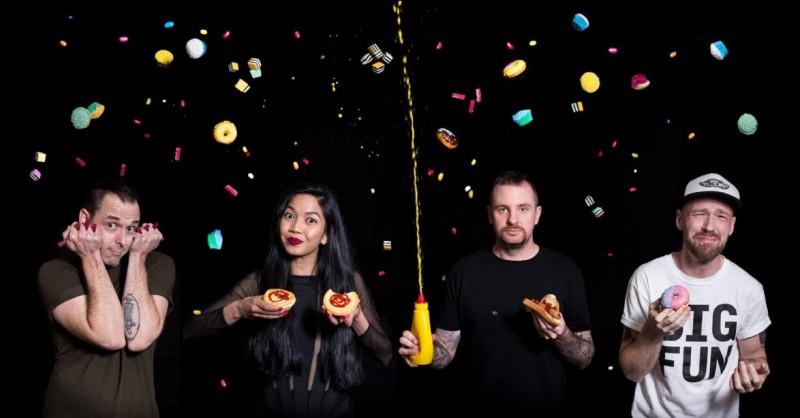 There are two kinds of people in this world: people who coast through life and people who grab life by the balls, spit in its face and scream ‘SHOW ME THE PARTY!’. HIGH TENSION are the latter.

Bully, the perfect soundtrack to flying down the highway, tinnies in the back and no room for fucks to give. Recorded in Adelaide with James Balderston, guest spots include Matt Young from King Parrot and grunge heroine Adalita.

The Bully video is powerful and tough as nails.

The video features a female fight club with powerful, emotionally charged women. Karina Utomo, the front woman of High Tension, says this about the video:

​“T​he underlying theme of the song and the video is about conquering fear relating to the feminine struggle; it references themes around social aggression and negative connotations (that are unfortunately) part of this struggle.”

“The intention is to execute a powerful video with only women, the create a sense of empowerment without being blatantly literal / typical, this video is not about riding the ‘feminism’ wave, it’s much, much deeper than that.”

“The goal of the video is about conquering that fear, conquering ‘bullies’, including our own personal bully. We want to show that women are strong, powerful and tough as shit despite any physiological and psychological limitations.”

Bully is the follow up to 2012’s Death Beat, which landed them nominations for Best Hard Rock Album at both the ARIA and AIR awards.

PRESENTED BY THE MUSIC
TOUR DATES: