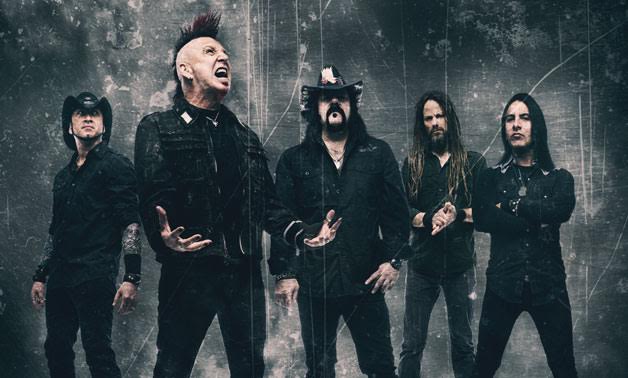 “WE’RE ALL IN THIS TOGETHER!” Rock Band Concludes Their ‘Blood For Blood’ World Tour in New Zealand, Australia and Japan ‘BEST SEAT IN THE HOUSE’ FAN ENTRIES AT

The BLOOD FOR BLOOD tour will have been seen by over 1 million fans in Canada, USA, Europe and Asia since April 2014.

Since the BLOOD FOR BLOOD album and touring cycle has been such a success, the band has come up with an innovative idea to memorialize this album at their final shows.

Seven (7) fans at three shows per night are going to get to show off their own ‘BEST SEAT IN THE HOUSE’ and will have a chance to participate in the documentation of the excitement of a HELLYEAH live show by filming from their own different points-of-view in the venue with GoPro cameras provided by the band.  Be it – in the pit, on the barrier, or up in the balcony– these 7 lucky winners will have a once-in-a-lifetime experience to share their unique points-of-view to be included in a future full-length DVD feature film each city.  Fans can enter via the band’s website at www.hellyeahband.com for shows in Sydney, Brisbane and Melbourne only.

The band is on fire right now.  We’ve had such an awesome response from fans/friends/extended Hellion family all over the world – we couldn’t let this opportunity pass us all by…we’re truly one! one! \m/! In the pit, on the rail or in the balcony! It doesn’t matter!..because where ever we are…”WE’RE ALL IN THIS TOGETHER!” – Chad Gray

The release of the band’s 4th album, BLOOD FOR BLOOD, in June 2014, marked a new era for HELLYEAH – the album garnered unprecedented acclaim from critics, media and fans alike.  Featuring vocalist Chad Gray of Mudvayne; drummer Vinnie Paul of Pantera; Guitarist Tom Maxwell of Nothingface; bassist Kyle Sanders Bloodsimple, Monstro; and Christian Brady from Überschall, HELLYEAH is at its peak with this combination of musicianship.

HELLYEAH is slated to return to the studio with producer Kevin Churko this autumn. Writing has already begun on the road and the band is excited to bring their new ideas to their loyal fans.

TICKETS ON SALE NOW AT
www.metropolistouring.com