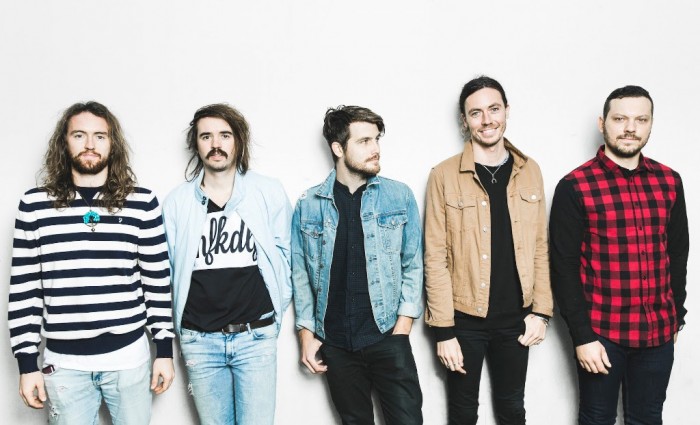 Canberra’s most famous alt rock exports Hands Like Houses have kept the momentum rolling and dropped by the triple j studios this morning as part of the coveted Like A Version segment.

The past year has easily been one of the most successful on record for Hands Like Houses. In February they released their critically acclaimed brilliant third album Dissonants, which impressively debuted at #7 on the ARIA chart and both singles from the album “New Romantics” and “Colourblind” were swiftly added to triple j rotation. The band have also spent their time impressing epic crowds at The Big Ass Tour, UNIFY 2016 and, most recently, The Equinox Tour in Australia. Meanwhile, on the other side of the world, Hands Like Houses recently sold out shows on their biggest UK and US headline runs ever, as well as played to tens of thousands of people on the Vans Warped Tour, Rock on the Range, Carolina Rebellion, Northern Invasion and Download Festival.

Today the band performed an acoustic version of Dissonants’ first single “New Romantics”, and their own stripped back, gorgeous take of the #1 smash “Don’t Speak” by ‘90s rock icons No Doubt.

Adding to the incredible hype swirling around Hands Like Houses right now, the band have just announced they will be jumping back in the van and hitting the highways of our great land in February 2017 on the Colourblind Australian Tour. The biggest national headline tour of their career will see Hands Like Houses drop their arsenal of anthems (and some old gems too) on stops in Sydney, Brisbane, Adelaide and Melbourne.

Tickets go on sale Thursday 30 June at 9am.

“Its only June but it’s already been one of the biggest years of our career, especially here at home in Australia!” says frontman Trenton Todd Woodley. “So in the spirit of hometown pride and excitement, we will kick off an even bigger 2017 with our biggest Australian headline run yet. I know I’ve said biggest three times but as the saying goes, ‘go big or go home’… but why not do both?”

Tickets on sale Thursday June 30 at 9am