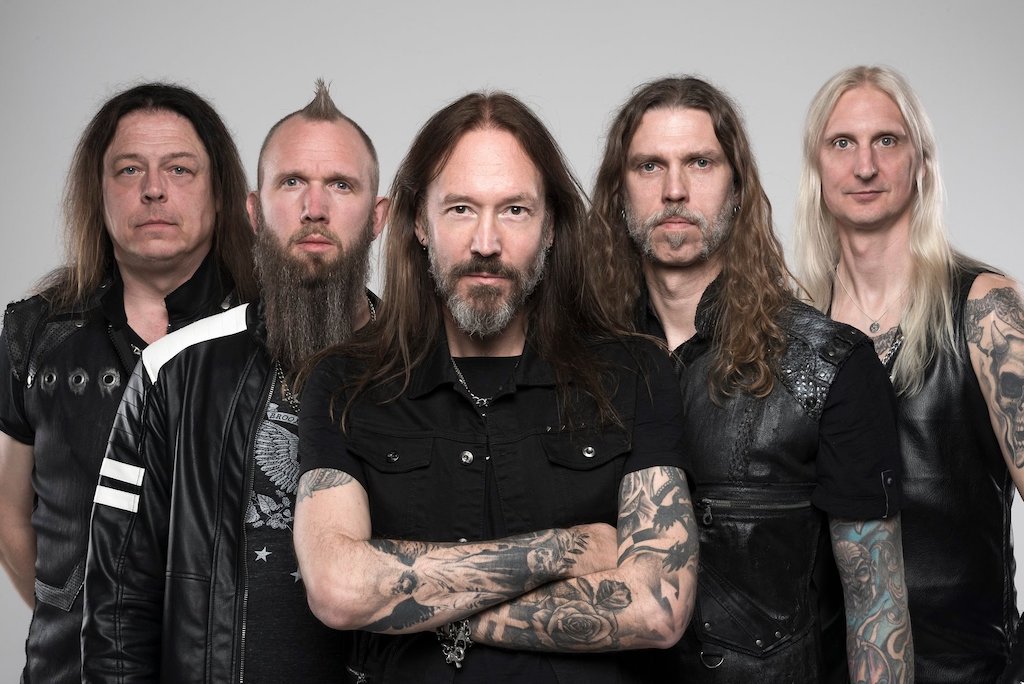 The day has come to celebrate the release of HAMMERFALL’s  new live album & BluRay, Live! Against The World! In a time when live shows are missed the most, the undisputed masters of ground-breaking anthems and unforgettable live shows deliver an outstanding testimony of power, energy and glory to the templars around the globe!

Recorded on February 15th at the MHP Arena in Ludwigsburg, Germany, Live! Against The World contains songs fresh off their latest album, Dominion, mixed with a ton of band classics and a hand-picked selection of songs that rarely appear on HAMMERFALL’s setlists to fulfill the needs of both new and old fans.

Singer Joacim Cans on the album release:
“The thing with live releases is, they need to feel authentic, and LIVE! Against The World captures exactly what a live show with HammerFall is all about.“

To celebrate the album release, the band around singer Joacim Cans and founding member/guitarist Oscar Dronjak have released the third video off the new album, the epic live version of the legendary “Any Means Necessary”.

Guitarist and founding member Oscar Dronjak on the new video:
“’Any Means Necessary’ has been a staple of our repertoire since it came out. This video shows really well why, it’s one of these songs that gets both audience and band going no matter what.”

With absolutely impressive, grand live production, huge arenas and overwhelming pyrotechnics, HAMMERFALL, took over the world in 2019/2020 with their World Dominion tour. On this bombastic tour, they did not only celebrate the worldwide charting success of their freshly released 2019 studio album  Dominion, but also the jubilee of the legendary Renegade album, by adding an impressive Renegade medley to the setlist, capturing the highly energetic spirit of HAMMERFALL.

Get your copy of Live! Against The World
https://smarturl.it/Hammerfall-LATW-NPR