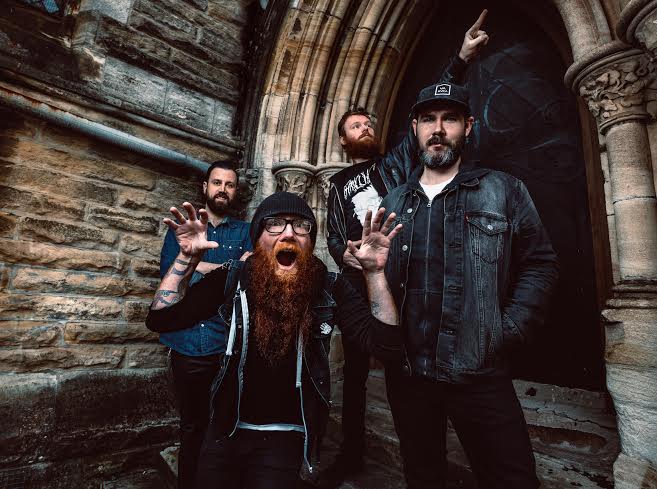 Spring whispers in her cave, licking the frost from her child (and what an awful and squalling beast this child is). With said neonate firmly swaddled in sackcloth and ashes, Gay Paris are hitting the road, September through December, bringing the love that is Satan and a celebration of free will to Australia in the most rambunctious way imaginable. You get the rock n roll dissent you deserve (and at this point, Australia needs five courses and desert with nightcaps at the sleaziest bar in town). Riffs. Love. The Devil; you’re not alone if you want it to be otherwise.

When you wake on September 18, Gay Paris will be posing the question/releasing the album

Ladies and Gentlemen: May We Present To You The Dark Arts

2013’s The Last Good Party took this formless celebration and gave it shape – meaning, something to hold on to while one flailed about in the dark. Fans loved it, critics heaped praise on the more cohesive sound, likening the band to Clutch, Kyuss and QOTSA – more nervous individuals noted that the band was ‘hipster cunts trying to be metal’. On tour, Gay Paris attended to every State and Territory – often giving multiple satisfactions. The party could not stop – because everyone knows that animals cannot lie. This was indeed to be the last good party.

Ladies and Gentlemen, May We Present To You: The Dark Arts asks that the listener suspend their disbelief – for the celebration continues, although this time, along far more sinister lines. Written and recorded over a period of 13 months, album number 3 finds Gay Paris reveling in the bones of the band that they were, fleshed out with carnal bass-lines, starving riffs and lyrics that possess a certain (if horrific) burlesque charm. The beasts are hungry. Bring your meat to the table.

Ladies and Gentlemen, May We Present To You: The Dark Arts

Pre Order album Out through MGM

TICKETS at www.gayparismusic.com.au/ or selected venues