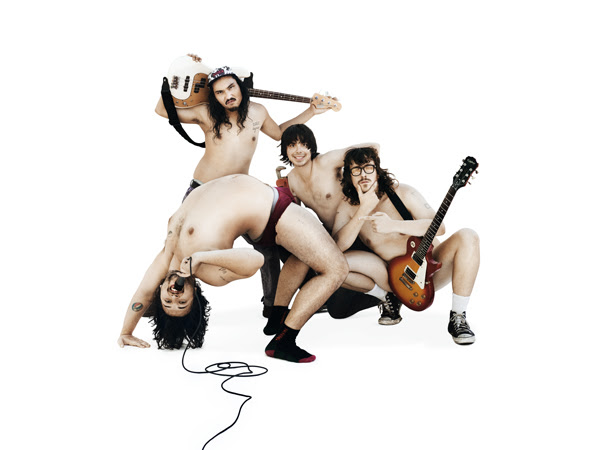 It’s not officially summer, or even Spring for that matter, but we’re already gearing up for it to be a huge one! Bone Soup rubbed the lucky bellies of White Fang and beckoned them to Australia to kick the season off in style.  They obliged and so it is, White Fang, from the nation of Taco Bell, Mt Rushmore, Area 51, Roswell and Chick-Fil-A are headed to the land of kangaroos, koalas and “shrimp” for the first time ever. They’ll also be bringing their alter egos, The Memories with them for some special one off shows.

You’re probably thinking who the hell are White Fang?  And, why should I even bother with these punks?

The boys of White Fang shred in the name of tequila, tacos, weed and beer. While they make up The Memories, they also moonlight as the owner of the dirt-chic cassette label, Gnar Tapes; which has put out over 140 cassettes from bands all over the world. Ringleader Rikky Gage fronts solo project Free Weed; he even created the hit “Must Be BRGRTV’ theme song for Burger Records. And then there’s Chris, aka Uncle Funklewho produces surreal and often hilarious music under his pseudonym.

Self-appointed as “the stupidest band on the planet”, White Fang are neck-deep in 1980s thrash punk; they write catchy as hell, two minute songs where the titles say it all; ‘High On Life’, ‘Grateful To Shred’, ‘Portland Sucks’, ‘Cant Find My Weed’… you get the idea.

While their song titles are direct, their lyrics are unabashedly sappy and at the same time incisive. Their self-indulgent grins shine through on their mounting back catalogue. Lines like, “NO we’re not going to sleep! The weekend is seven days a week!” and “I got so drunk I forgot my name, but I named myself so it’s all the same” shows the band’s affinity for their bacchanal lifestyles, getting high and just having an all out good time.

White Fang embody the most idealistic aspects of the American Dream. They’re driven. They’re self-made. They’re constantly getting better. They make up the rules and defy expectations as they go.

The band’s go-wild, party-rock live show, complete with visual exhibitionism, has drawn audiences around the world and finally for the first time ever, they’ll be bringing their renegade spirit to Australia to “eat shrimp, see kangaroos, play insane shows and get as drunk as possible”.

The tour comes ahead of White Fang’s eighth LP release ‘CHUNKS’ and follows on from their previous, and phenomenally named albums like ‘Positive Feedback’, ‘Full Time Freaks’ and ‘High Expectations‘.

CHUNKS is out October 30, via Burger Records.