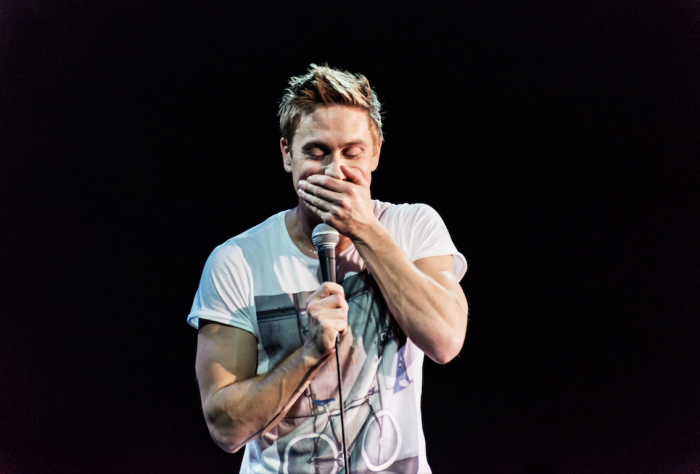 Live Nation and Melbourne Comedy Festival today announced that due to overwhelming demand, RUSSELL HOWARD, one of the UK’s most successful live comedians, has added two new dates to his 2017 Round the World Australian tour.

Russell is coming back with a brand new live show and playing extra dates at Melbourne’s Hamer Hall and the Sydney Opera House in July 2017.

Tickets for the newly announced shows go on sale at 10am this Monday, July 11.

My Live Nation members can be among the first to secure tickets to the new dates during the pre-sale beginning at 10am tomorrow, Friday July 8.

Round the World will see Russell play London (with 10 consecutive nights at the iconic Royal Albert Hall) and major arenas around the UK, as well as a further 29 international cities including: New York, Wellington, Amsterdam, Oslo, Washington DC, Chicago, Dublin, Helsinki, Vancouver, Reykjavik and San Francisco.

Wonderbox, Russell’s previous sell-out international tour in 2014, saw him entertain 285,000 fans at 40 shows across the UK and Ireland (in London alone he played four shows at the Royal Albert Hall, two shows at the O2 Arena and one show at Wembley Arena), as well as sold-out runs in the USA, Australia and New Zealand.