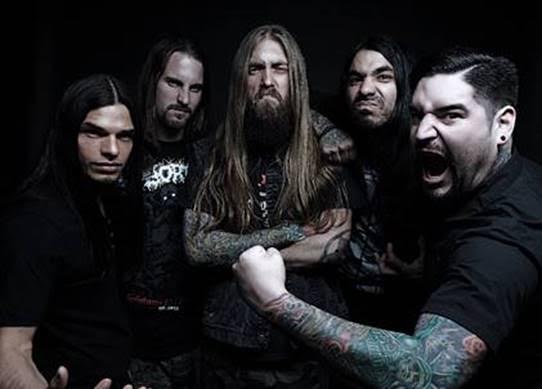 When the final note rung out on their triumphant Australian tour of 2014 they let it be known that they wanted to come back here and soon! Now thanks to Destroy All Lines and Chugg Entertainment: SUICIDE SILENCE make their return to Australia in September.

Many of the greatest works of art throughout history were fashioned from grief, anger and overwhelming despair descending on its creators in the aftermath of tragedy and SUICIDE SILENCE’s appropriately last album titled ‘You Can’t Stop Me’ was no exception. Plenty of bands trumpet the idea of strength through adversity, but few have lived it like this one. ‘You Can’t Stop Me’ served as a simultaneous introduction to vocalist Hernan “Eddie” Hermida, as well as a celebration of the brotherhood the band shared with Hermida’s fallen predecessor the late Mitch Lucker, while their formidable revamped sound made it clear that SUICIDE SILENCE’s resurrection was complete.

SUICIDE SILENCE floored festival fans here in 2014 with punters picking their collective jaws up of the floor at the sheer intensity of their set as the quintet laid waste to the crowd. Minds Equal Blown exclaimed “The crowd responded with equal ferocity as pit after pit opened up, as well as the most violent wall of death I’ve ever witnessed…In short, Suicide Silence smashed it”. They then followed up it up with their first ever Australian Chart debut hitting the chart at # 30 with ‘You Can’t Stop Me’ coming in 3rd highest place in the world.

SUICIDE SILENCE are on their way back so be prepared for the onslaught because: You Can’t Stop….. this juggernaut.

Tickets On Sale NOW  via: http://tickets.destroyalllines.com/