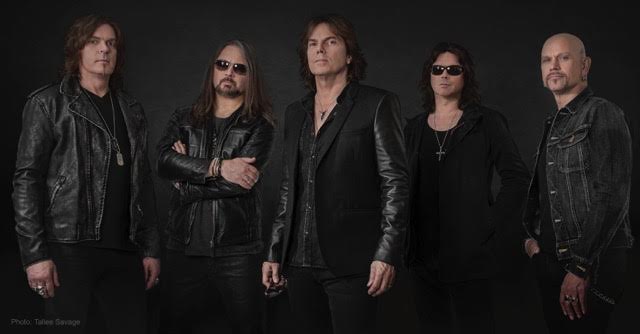 EUROPE’s place as a legendary hard rock band was platinum-stamped early in their career. Having enjoyed an explosive period of worldwide success in the ‘80s

2015’s War of Kings has seen them take full advantage of the global groundwork EUROPE have keenly re-established over the last few years.

Recently, it was decided that EUROPE’s momentous live appearance at Wacken 2015 should not only be filmed and recorded, but released as a DVD & BluRay!

EUROPE’s War of Kings Special Edition will include the original War of Kings CD plus said Wacken 2015 DVD & BluRay, and will hit stores on November 27 via Hell & Back Recordings / UDR Music and Warner Music Australia

The set will come in three formats (2-disc Ecolbook CD+DVD, 2-disc Ecolbook BluRay+CD, Limited Edition Deluxe Package with War of Kings CD + DVD + BluRay and Photobook), and an audio-only edition of the Wacken 2015 performance will also be available via digital format.