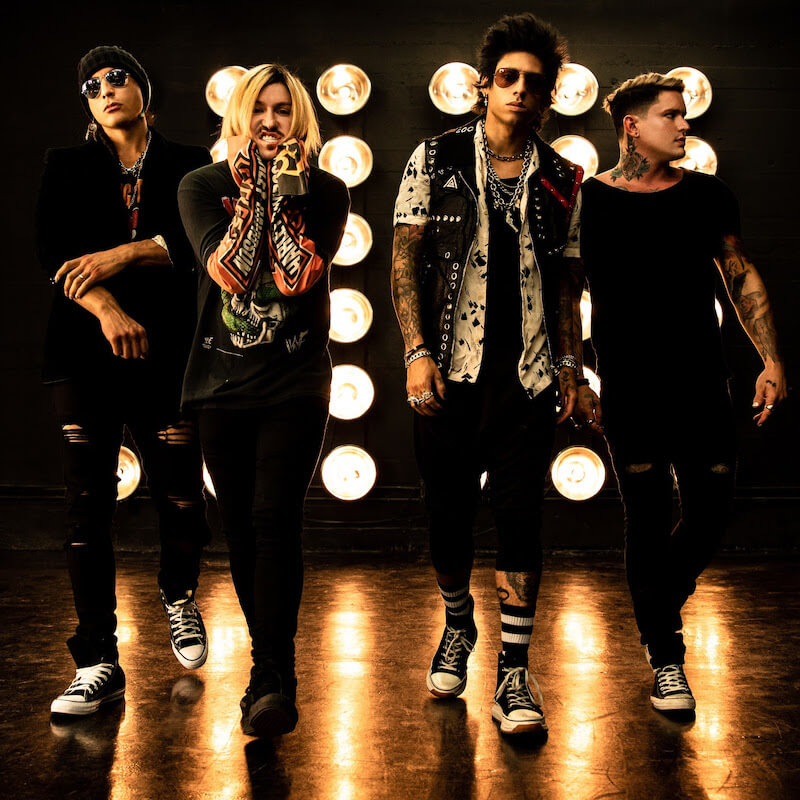 ESCAPE THE FATE have released their new song “Invincible” to herald the start of the pre-order campaign for the band’s upcoming album, Chemical Warfare. The new single features critically-acclaimed, fan favourite, American violinist, songwriter, and dancer Lindsey Stirling.  “Invincible” will appear on the soundtrack to THE RETALIATORS, a high-octane horror/thriller due out in 2021. Vocalist Craig Mabbit also makes an appearance as an undercover cop in the film alongside some of rock’s biggest names including the members of Five Finger Death Punch, Jacoby Shaddix of Papa Roach and Tommy Lee among others.

“Invincible”, is the perfect word to use in describing ESCAPE THE FATE, the band has survived personnel changes and the cancellation of their tours due to the pandemic.  The band has been consistently releasing new music for well over a decade to their audience of over 4 Million dedicated social media followers.  On November 20 the band will do a streaming concert, LIVE worldwide, performing their greatest hits and songs from their forthcoming album.

Tickets can be purchased from
www.escapethefate.com

Chemical Warfare will be released on February 19, 2021