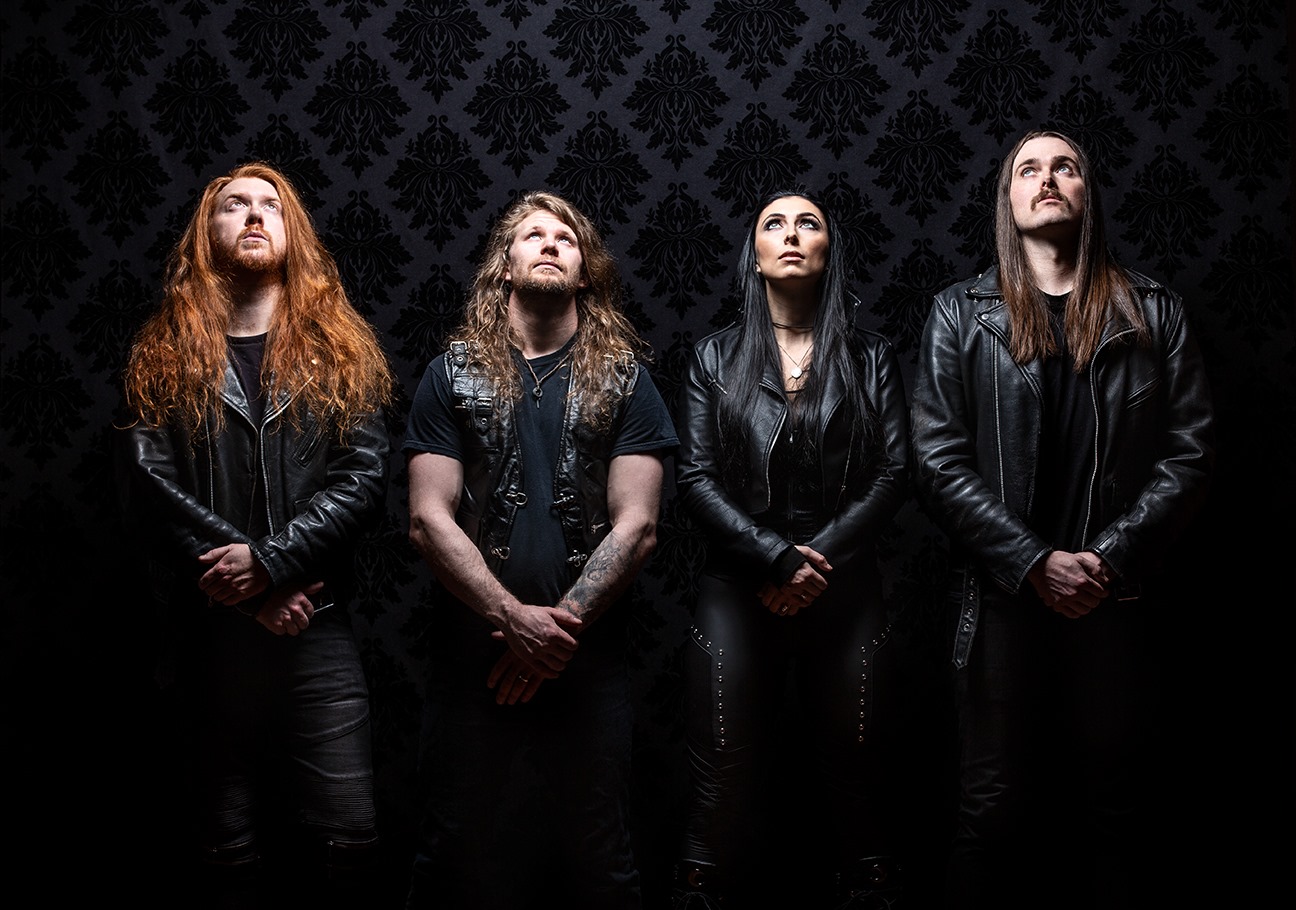 In August, breakout Canadian melodic metal quartet UNLEASH THE ARCHERS dropped one of the most highly-acclaimed albums of 2020, Abyss, sparking serious buzz in the metal and rock communities, and beyond.

Today, the band is following up on the album’s successes by throwing fans a hefty bonus in the form of a new video for the post-drop fan favourite “Legacy” – one of Abyss‘ standout anthems. Searing in with breakneck blast beats, cosmic guitar work and frontwoman Brittney Slayes’ impeccable vocal delivery, the pop-tinged anthem single-handedly proves the band’s position as one of this generation’s premier heavy acts, bar none.

The new video provides an introspective live-action backdrop to the track’s conceptual lyrics.
Frontwoman Brittney Slayes explains:“This song means a lot to us as a band, it’s pretty different from everything that we’ve done before and really set the tone for the sonic exploration that is Abyss. When Andrew first brought the intro riff to us we immediately loved it, but we were a little hesitant as we felt our fans might not understand why we were choosing to include this style of track on the album. The hesitation was momentary though, as we all very quickly decided it was too cool not to continue writing, and luckily it seems like our fans have fallen in love with it as well. It’s quite theatrical, and yet somehow very simplistic as well. “