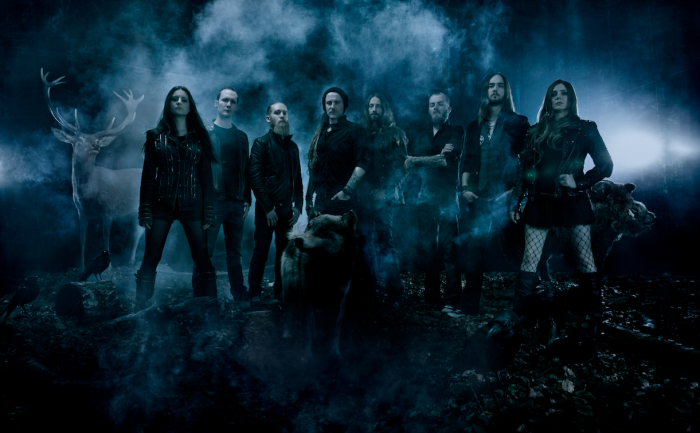 The news came in on Friday that Merlin Sutter, Anna Murphy and Ivo Henzi had parted ways with the band. So this makes next week’s Australian tour even more enticing. It will be the last time you will get to see the current line-up as their last show will be in Europe on June 5th.

Swiss Folk Metal institution ELUVEITIE have just announced the departure of Merlin Sutter (drums), Anna Murphy (vocals) and Ivo Henzi (guitar). The final shows that these members play will be the Australian Tour & Fortarock Festival in Nijmegen (NL). But the band will play all confirmed shows with stand-in-musicians (until new members are confirmed).

The band just released this official statement:
With a heavy heart we have to announce that Eluveitie will go through another change soon.

We have decided to part ways with our longtime drummer Merlin Sutter. In the consequence of this, Merlin’s close personal friends Anna Murphy and Ivo Henzi decided to leave Eluveitie as well.

We all developed a lot over the last ten years – not only as a band, but also as individuals. And we partly developed in different directions; different goals, wishes and ideas emerged. Over the last years we all had to deal with interpersonal challenges within the band. Instead of pulling together, our days have rather been shaped by wearing friction and constant clash of interests. And thus we felt that we have become something we shouldn’t have; that we’ve diverged from what Eluveitie was always meant to be – a band, a family, a passionate and deep-rooted group of musicians, where heart’s blood can flow freely! Eluveitie was always meant to be about „rock’n’roll“, passion and also about ‘carrying the torch’ of the Celtic spirit.

Yet over the years we have partly diverged from our roots, which is not good.

Each and every single one of us is definitely a passionate musician. But in this group constellation, we seemed to rather cumber, than to inspire each other. The band has suffered from this for a longer time now.
So we ended up in this painful situation where the mentioned facts have made it impossible to us to continue like this and we came to the point eventually, where we believe, it’s best to go seperate ways.
It was a terribly hard decision to make and it hasn’t been done carelessly, but with tears and a heavy heart.

We know that this is tough to handle – for everybody. And we know it sucks badly that things developed this way.
Above the fact that this is hard to handle personally and emotionally, we are painfully aware of how much it also must disappoint you, our fans… which makes it even harder.

We do not part from each others in hatred though. From our hearts we wish Merlin, Anna & Ivo only the very best for their future ways and also all the best of luck and success for all their further musical projects. For we’re sure their musical journey will go on and it will be great. And maybe our ways will even cross again in future, in a different way.

For us in Eluveitie this now also means a lot to deal with.

We do not want to look at it as yet another line-up change!

For us it means to seclude ourselves for a while, to take the inward turn and to recollect. We will go back to our roots and become again what we once have been.

We will still play the next couple of shows together with Merlin, Anna and Ivo. Their last performance with Eluveitie will be the Fortarock Festival in Nijmegen (NL) on the 5th of June. So you should grab your chance and come to one of these shows!

After that we will not leave you, our fans, hanging. We promise you to play every single show we have confirmed so far! We will perform with temporary stand-in musicians until our new line-up is ready and we promise to do everything to find the best possible session musicians we can! There won’t be „replacements“ – Merlin, Anna and Ivo are unique and not „replaceable. Yet we will come “on stage with a very strong live line-up – this is a promise.” 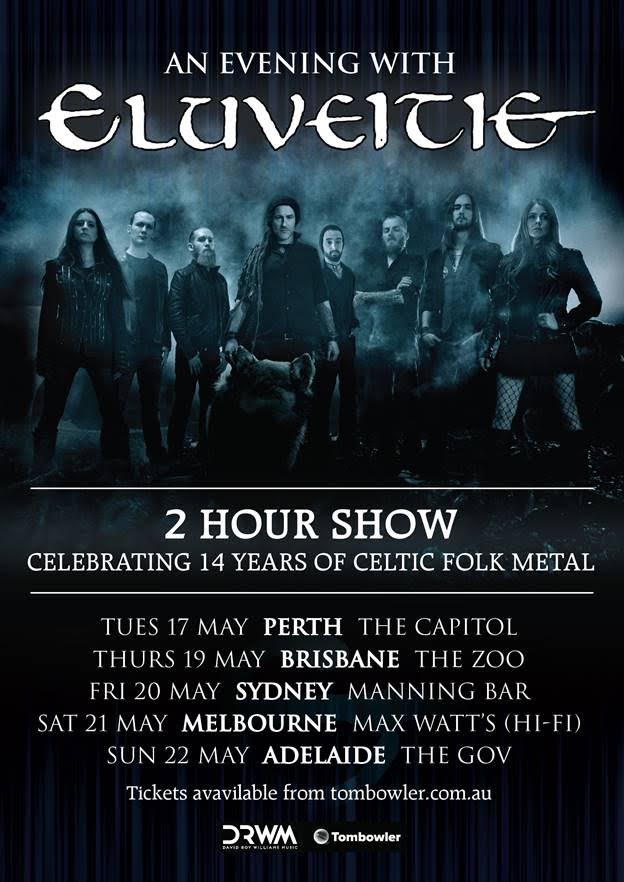