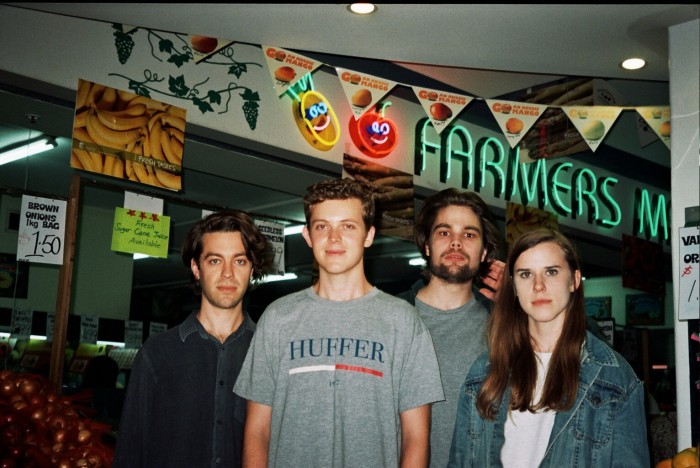 After the release of their debut album This Is Our Vice earlier this year, Brisbane’s Cub Sport have had plenty to be excited about – they went on a national tour with Saskwatch, had multiple plays from BBC1 taste-maker Huw Stephens, received praise from around the globe (including being added to spot rotation on triple j, UK’s Amazing Radio, and Japan’s J-Wave Radio), and clocked up hundreds of thousands of streams for singles ‘Only Friend’ and ‘I Can’t Save You’. But 2016 just keeps getting better, as the Cubbies take the album and tour to the UK and US, and are now announcing new single – just added to Triple J rotation – “Come On Mess Me Up” with their first Australian headline tour in over three years.

Filmed in their home with director Joe Agius (The Creases), the clip for “Come On Mess Me Up” sees a side to Cub Sport not often seen – vulnerable. Taking the simple concept of lead singer Tim Nelson singing into the camera, they decided to add some paint and treat it like a green screen, layering previous takes on top of each other to create a compelling and beautifully unnerving video.

Currently in the UK to release the album and play a series of shows (including London Calling with fellow Aussies Slum Sociable, Methyl Ethel, and Gang Of Youths, Camden Rocks Festival, Communion, and a show with The Rubens), Cub Sport then head to the US to headline a string of shows before returning to home shores in August to embark on their Australian ‘This Is Our Vice’ album tour – taking their album on the road to Brisbane, Sydney, Melbourne and Adelaide.

Additionally, one dollar from every ticket sold will be donated to Brisbane animal shelters.

Australian Tour on sale May 20
Tickets are $12+BF from http://www.cubsport.com/