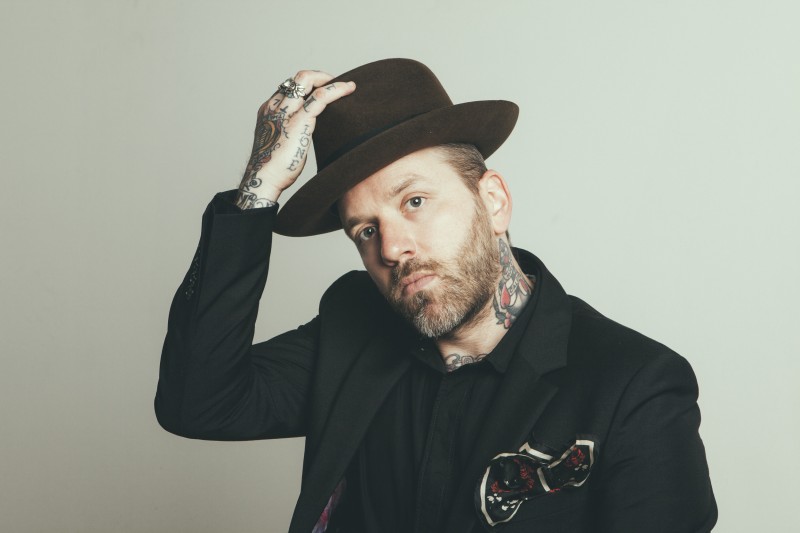 If I Should Go Before You, the new album from world-renowned singer, songwriter and performer City and Colour (aka Dallas Green), will be released October 9 on Dine Alone Records.
After performing countless sold-out shows worldwide, City and Colour will be returning to Australia perform at Bluesfest 2016. To coincide with the Bluesfest announcement, Woman, the opening track from the album is available to stream HERE and purchase at iTunes HERE.

The new album will be available for pre-order on Friday, July 24. Those who pre-order via iTunes will receive an immediate download of Woman. A fan pre-order will also be available on Saturday 25 July at midnight AEST time on www.cityandcolour.com featuring limited edition coloured vinyl along with other unique items. For Australian and New Zealand fans, the first 200 customers to pre-order the CD or VINYL at jbhifi.com.au will receive a personally signed postcard by Dallas Green with their album purchase. For those that prefer to shop at record stores, a vinyl pre-order will be available in September, including a bonus 12” that fans will receive instantly upon order. Additional details to be announced.

Recorded at Nashville, Tennessee’s Blackbird Studios, If I Should Go Before You was produced by Green with additional production and engineering by Karl “Horse” Bareham. Unique to this project, the studio players on If I Should Go Before You are made up of Green’s trusted touring band: Jack Lawrence (The Raconteurs, Dead Weather) on bass, Dante Schwebel (Spanish Gold, Dan Auerbach) on guitar, Doug MacGregor (Constantines) on drums and Matt Kelly on pedal steel guitar and keys.

Of the album and recording process, Dallas comments, “They inspired me to want to create new music, just to create it with them—I don’t think I wrote these songs for the band, per se, but I certainly wrote them because of the band.” He goes on to add, “Anybody who has seen us play will understand that this is the best representation of what we do live that we have ever recorded. I was so excited about being able to make and record an album with these guys that it just flowed. I felt so confident about their abilities to make all of my ideas come true.”

If I Should Go Before You is Green’s fifth release as City and Colour and follows 2013’s The Hurry and The Harm, which received widespread critical and commercial praise. The album debuted at #1 on Canada’s Top 200 Chart, #16 in the U.S., #4 in Australia, #32 in the U.K., and #83 in Germany—all career highs.

Most recently, in 2014, Green collaborated with international superstar Alecia Moore (aka P!nk) on a new project, entitled you+me. The duo’s acclaimed debut, rose ave., debuted at #4 on the U.S. Top 200 Chart, #1 in Canada, #2 in Australia and #6 in Germany. Of the music, The Huffington Post praised,“While such prominent voices rarely mix too seamlessly, Green and Moore were destined to harmonize together,” while Entertainment Weekly declared, “The harmonies on the album are absolutely beautiful.”