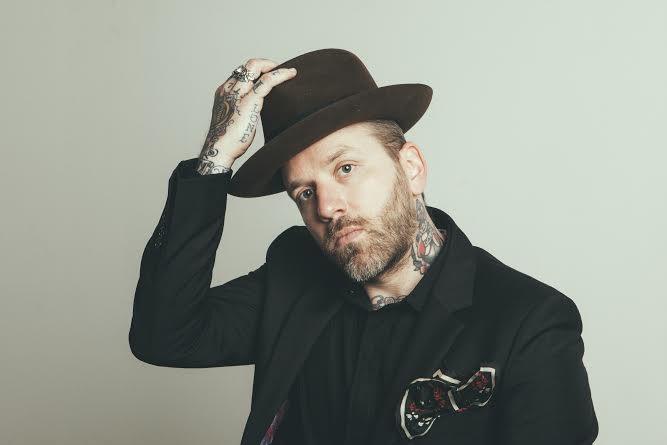 Due to overwhelming demand, Canadian outfit City and Colour today announces details of a second and final Sydney show, adding to extensive national Australian tour dates in March and April 2016. The show will take place at Sydney’s Enmore Theatre December.

Following on from their first ever performance at Byron Bay Bluesfest, City and Colour will embark on a broad national tour with his trusted band in tow; Jack Lawrence (The Raconteurs, The Dead Weather), Dante Schwebel (Spanish Gold, Dan Auerbach, Rumba Shaker), Doug MacGregor (The Constantines) and Matt Kelly, all of whom appear on City and Colour’s ARIA top 5 album ‘If I Should Go Before You’ (Dine Alone).

A sold out show at Brisbane’s The Tivoli on Saturday 26th March will kick off the headline tour proceedings, followed by shows at Adelaide’s Thebarton Theatre on Monday 28th March, Perth’s Red Hill Auditorium on Wednesday 30th March and Melbourne’s Sidney Myer Music Bowl on Saturday 2nd April. The tour will close in NSW, with shows at the Enmore Theatre on Monday 4th and now Tuesday 5th April, and finally an intimate and already sold out show at Anita’s Theatre in Thirroul on Friday 8th April.

Recently announced as support across City and Colour’s national dates is captivating Sydney based outfit Little May, who have taken the world by storm since releasing their debut album ‘For The Company’ in October, and will be fresh from sold-out US tour dates, along with Falls and Southbound Festival appearances.

More than two years on from their last national Australian tour, City and Colour returns with a swathe of brand new songs and will be ready to unleash their most powerful series of shows ever. Tickets are selling fast, so music lovers act now to secure your chance to see this stunning artist live in action.

With Special Guests Little May