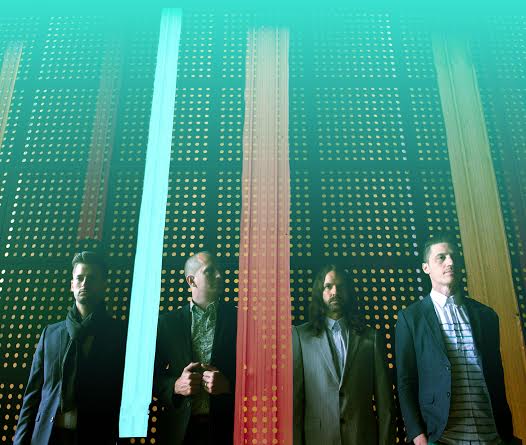 American electro-rockers MUTEMATH today announce a national Australian headline tour this April and May, to begin at Sydney’s Metro Theatre on Wednesday 27th April before continuing on to Melbourne’s Corner Hotel on Thursday 28th April, Brisbane’s The Triffid on Monday 2nd May and wrapping up at the Rosemount Hotel in Perth on Wednesday 4th May. Already announced as part of 2016’s outstanding Groovin’ The Moo line-up, this will mark the band’s third visit to Australia since their 2012 debut.

Hailing from the renowned music city of New Orleans, MUTEMATH will return to our shores fresh from a mammoth UK and US tour, and off the back of releasing their fourth studio album ‘Vitals’ in November last year. The self-produced ‘Vitals’ has garnered rave reviews from around the globe, and marks a departure from the band’s previous alt-rock sound; MUTEMATH’S transformation from garage to club complete. Bluesy guitar riffs are replaced by disco-tinged synths and thumping bass-lines, with front-man Paul Meany’s vocals soaring high above the synth-swell.

MUTEMATH have enjoyed a steady ascent over the past decade, gaining a reputation as an invigorating live act and earning a 2008 Grammy nomination for Best Short Form Music Video for ‘Typical’, lifted from the 2006 self-titled release. 2011’s ‘Odd Soul’ saw the four-piece reach new heights, drawing comparisons to the likes of The Black Keys and others from the post-rock/electronica realm, and scoring a triple j Feature Album along with international festival appearances at Lollapalooza, Reading and Leeds Festivals and more.

With magnetic on-stage energy and showmanship, MUTEMATH are a band that “breathes new life into every song, often delivering something wholly different from the studio cut”. They are absolutely not to be missed live.

Monday 2nd May – The Triffid