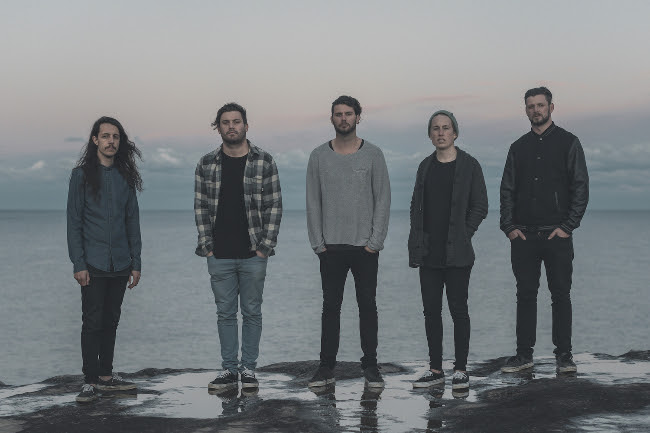 Buried In Verona have today released a video for ‘Extraction’ which is the latest song to come from their new album Vultures Above, Lions Below out now via UNFD.

‘Extraction’ is a relatable song that is about feeling asphyxiated in various circumstances as guitarist Richie Newman explains: “Extraction is about suffocating in a situation that you just want to get out of; whether it be a relationship, job, band, anything really. The feeling of you being trapped, with the weight of the world bearing you down and you just need to get out and let it go.”

‘Letting go’ is a common theme that runs throughout Vultures Above, Lions Below, and is something that Buried In Verona have accomplished successfully. The band wanted to embrace their fans and encourage them to be a part of the new album by joining with them in order to let go of whatever they need to, to move on in life and welcome positivity. For previous single ‘Hurricane,’ they asked fans to submit a piece of negativity anonymously via their website which they printed out each evening and live-streamed every day for a week. They then burned these pieces of negativity during the filming of the video.

BURIED IN VERONA
Vultures Above, Lions Below Australian Tour 2015
with guests Hand Of Mercy, Void of Vision & Polaris