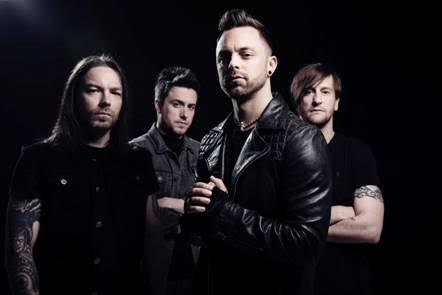 We wanted to cut an album that was purely us inside and out (…) We thought about what makes us who we are and made our band what it is in the first place.
We decided to get that fucking energy back and unleash it for no other reason than we simply have to. So, that’s exactly what we did.
– Matt Tuck, Bullet For My Valentine

Over the course of their career, Bullet For My Valentine has sold millions of records, amassed a worldwide army of fans, garnered hundreds of millions of video/track streams, appeared on dozens of magazine covers and received mass critical praise for their highly-influential albums. Now, the band looks to transcend genres and trends with their game-changing album, VENOM.

Following the 2013 release of their fourth studio album Temper Temper, the guys have returned to their hard rock roots, delivering us VENOM, an album packed with heavy metal bangers. On the recording process this time around, vocalist Matt Tuck says “Anything that went a slight bit too melodic or pop, we scrapped right away…we wanted to keep this as dark as possible. It was very important that the album sounded intense. That’s what our fans loved the most since day one.”

VENOM, was produced by Carl Bown and Colin Richardson (Slipknot, Machine Head, Trivium) at Metropolis Studio in London. It is an unrelenting, fierce step forward for Bullet For My Valentine. Their heaviest record to date sinks its teeth into listeners with a powerful delivery by vocalist/guitarist Matt Tuck, ferocious riffs by guitarist Michael “Padge” Paget and rapid-fire rhythm courtesy of drummer Michael “Moose” Thomas.

On VENOM the trio maintains their signature balance of heavy, coupled with surging melody, and pushes themselves to the next level. Bullet For My Valentine’s progression of sound is evident on VENOM, presenting a harder delivery and a more complex song structures” BFMV have also recruited fellow Welsh musician Jamie Mathias to join the band as their new bass player and backup vocalist. 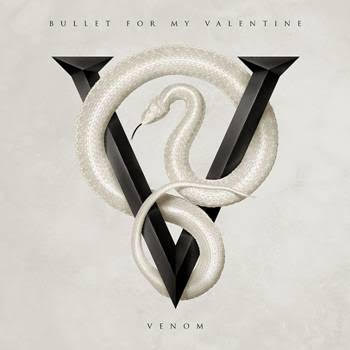