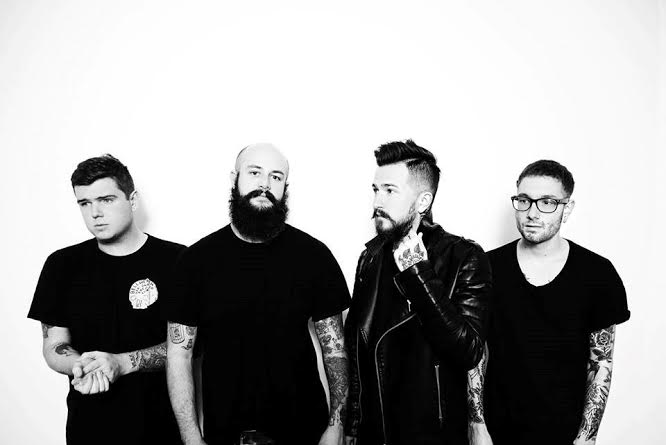 Californian melodic hardcore crew Being As An Ocean will return to Australia in May for their first headlining tour of the country since 2013, and in tow will be Perth band Saviour and Melbourne’s Void Of Vision.

The San Diego, CA based outfit return to perform shows of their own in Brisbane, Sydney, Newcastle, Canberra, Adelaide, Melbourne and Perth. The shows will deliver the rich musical journeys spanning across their three full-lengths, the latest of which – a self-titled album released in July 2015 – as well as their newest single “Dissolve” released in February 2016 which shows a more hook-driven direction for the band whilst still incorporating their signature sound of sophisticated storytelling woven over lush, ambient soundscapes. Add to that the unique juxtaposition of Joel Quartuccio’s gritty, impassioned vocal work and Michael McGough’s gracefully soaring vocals creating a distinct blend that is both captivating and cathartic.

Following on from their surprise reformation in October 2015 – a mere 18 months after initially pulling the pin on what was shaping up to be a hugely successful year – Perth five-piece Saviour were considered one of the country’s most promising with the release of their acclaimed album ‘First Light To My Death Bed’ in 2013.

Rounding up the lineup is Melbourne’s Void Of Vision who have been turning heads ever since hitting the scene running in 2013 and are well renowned for their erratic live show. The release of their debut EP ‘Broken // Bones’, which also coined BLUNT Magazine’s EP of the year in 2015 and new single Sun-Rise, showcased and captured the band’s aggressive sound and bagged them tour supports with Stray From The Path, Buried In Verona & Hellions & also got them to open up Unify 2016!

Tickets on sale Friday March 11 @ 9am (local time) from http://tickets.destroyalllines.com