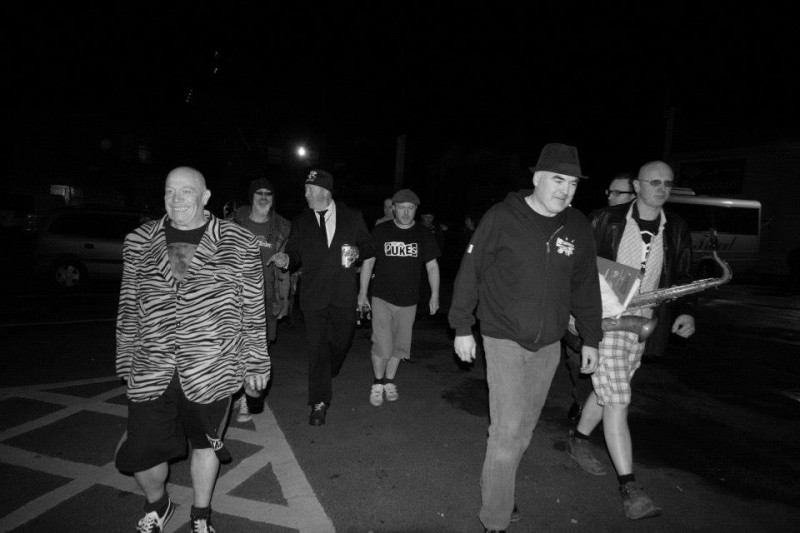 Metropolis Touring and Tombowler Entertainment, the touring companies who brought ska-giants, The English Beat and The Selecter to Australia are excited to announce that the ultimate good time band BAD MANNERS are returning to Australia & New Zealand in May/June 2015.

Featuring the larger-than-life frontman Buster Bloodvessel (a man once dubbed the anti-christ of etiquette), he and the merry men of BAD MANNERS are set to return with their boundless energy and bouncy ska sounds.

Formed in 1976 in North London, by 1980 BAD MANNERS had refined their sound to incorporate the multi-cultural layers of Ska and 2-Tone. A product of Thatcher’s Britain in the 80’s where everybody was glum – BAD MANNERS brought an antidote to the masses with joyful ska tunes, with a big, big sound. These back street weirdos were sillier than The Specials and madder than Madness – BAD MANNERS have always been notorious for their on-stage party atmosphere and their devilishly memorable frontman Buster Bloodvessel’s large girth, bald head and outlandishly long tongue.

Their unique live show and a whole load of brazen irreverence makes BAD MANNERS unlike any other ska band on the touring circuit. What sets them apart is their reputation to throw one of the best ska parties around, with a set list full of all their Biggest Hits – Lip Up Fatty, Walking in the Sunshine, Lorraine, Special Brew, Just A Feeling, Skinhead Love Affair, Inner London Violence and of course the ultimate knees up Can Can.

Tickets on sale Thursday 29th January at 9:00am from:
http://www.metropolistouring.com/tour.php?tour=2015_badmanners