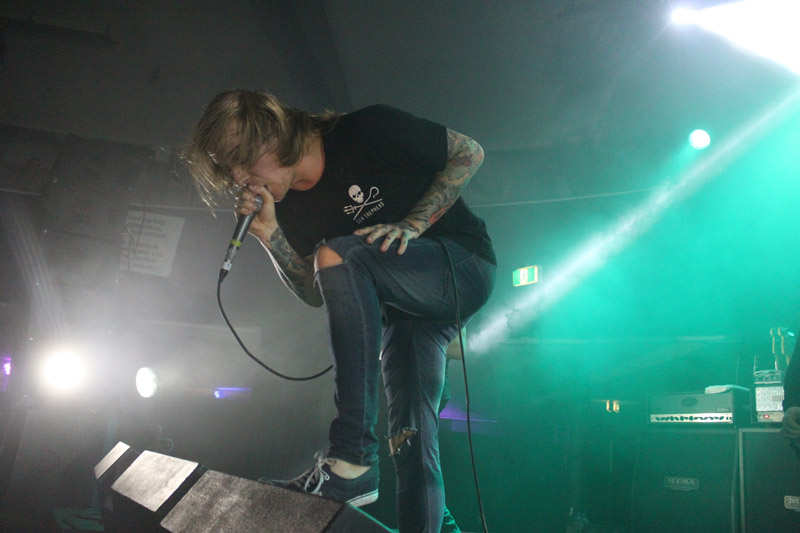 Ever since Architects last toured Australia as main support for The Amity Affliction Aussie fans were left wanting more. Their highly impressive live show and flawless new album have made them metalcore fan favourites.

On a cold autumns night it was Sydney’s turn to show their love of British lads Architects. The venue was the iconic Roundhouse where over the years many heavy acts before them had graced the stage.
Architects were joined on the night by California’s Stick To Your Guns and Being As An Ocean. Sydney band Stories provided local support duties kicking the night off.

Stories ripped through their heavy set of songs under dim lights with aggression. The crowd was appreciative and I’m sure they won over more than a few new fans.

Next up was Being As An Ocean a band that I have grown to love on CD but wasn’t sure how it would translate live.
To say I was impressed was an understatement. They commanded the stage with a strong presence that had the crowd captivated. Vocalist Joel Quartuccio used his mix of spoken word and melodic droning hardcore to make you feel every word he was saying. Even coming down from the stage into the crowd as if to make any barrier between band and audience disappear. Being As An Ocean didn’t waste one moment on stage and seemed genuinely grateful to be on tour in Australia. Looking forward to return visits from Joel and his Cali band mates. 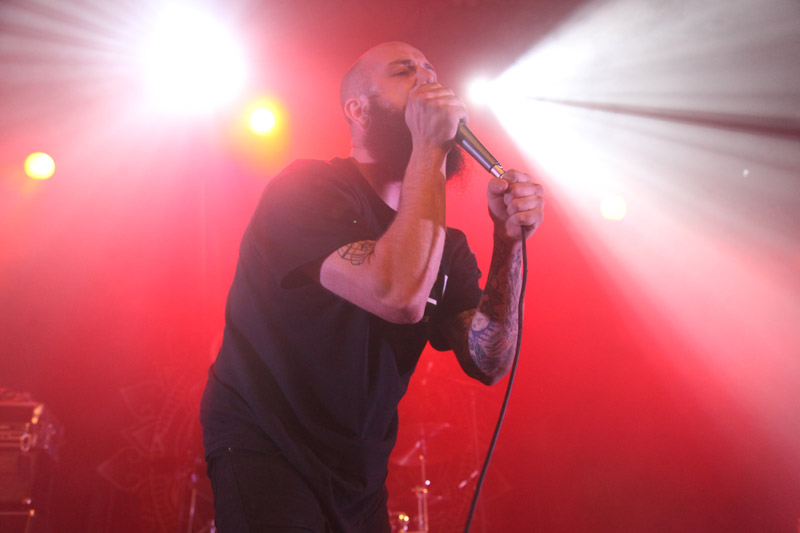 After a short break it was Stick To Your Guns turn to put the pedal to the floor for some relentless hardcore punk.
Stick To Your Guns are no strangers to Aussie shores and the now considerably larger crowd showed how much their loyal fanbase has grown. They burst through song after song with energy and precision. Many a crowd surfer came over the barricade throughout the set showing their passion for STYG. Front man Jesse Barnett displayed raw emotion as he gave a speech during the set about hardcore being a misunderstood genre. Explaining it’s the passion behind the words and the music as an outlet. The audience equally felt his passion helping him scream every lyric throughout STYG set. 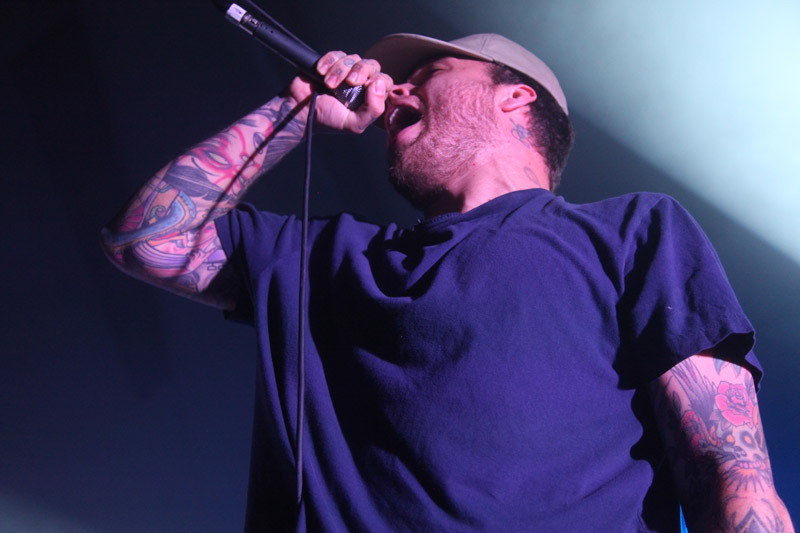 As the crowd expanded considerably the time had come for Architects to hit the stage and hit it they did.
Bursting through a fog of lights they wasted no time by starting out with the ultra heavy “Broken Cross”.
Sam Carter truly seemed humbled to be on stage even mentioning during the set to be headlining Roundhouse is such an honour. Architects gave the crowd pure brutal energy. The crowd responded by singing every word, crowd surfing and creating circle pits. Some set highlights came from “C.A.N.C.E.R” and “These Colours Don’t Run” which whipped the crowd into a frenzy. Architects stage presence was undeniable as they stomped through every song with aggression. It was evident that this is a band at the top of their game musically.
Before closing the set with the absolute crowd favourite “Gravedigger” Sam dedicated it to Northlane and Sea Shepherd. Wearing a Sea Shepherd shirt and letting them have a merch table showed they are an organisation that Sam feels passionate about. “Gravedigger” provided the biggest stream of energy from both crowd and band. Every word was screamed as the thunderous guitars and pounding drums shook the Roundhouse. 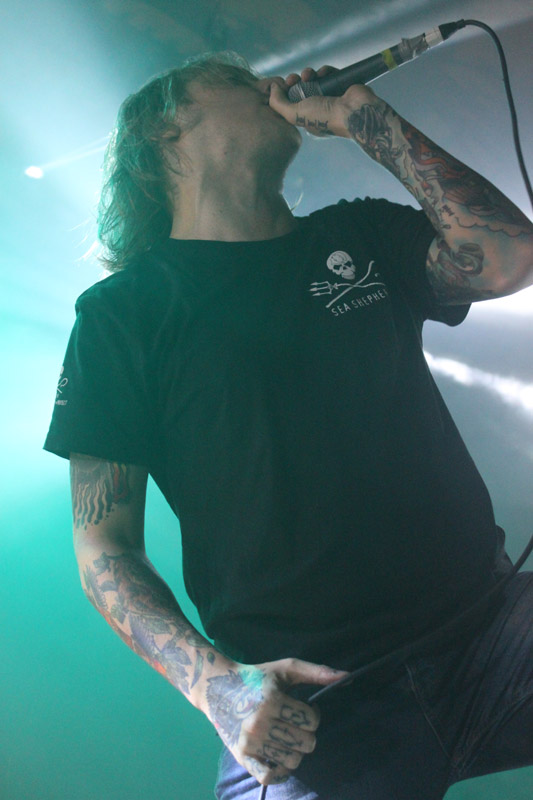 To sum up the gig it a night full of metalcore and hardcore punk that will not easily be forgotten by both the bands and crowd. Whilst all support bands held their own the night belonged to Architects and so it should.
After slugging away for over ten years Architects have now cemented themselves as one of the premiere must see heavy British bands. Achieving headline tour status at big venues is more than deserved for these hard working lads. I’m sure Australia will be high on Architects tour list in the future. 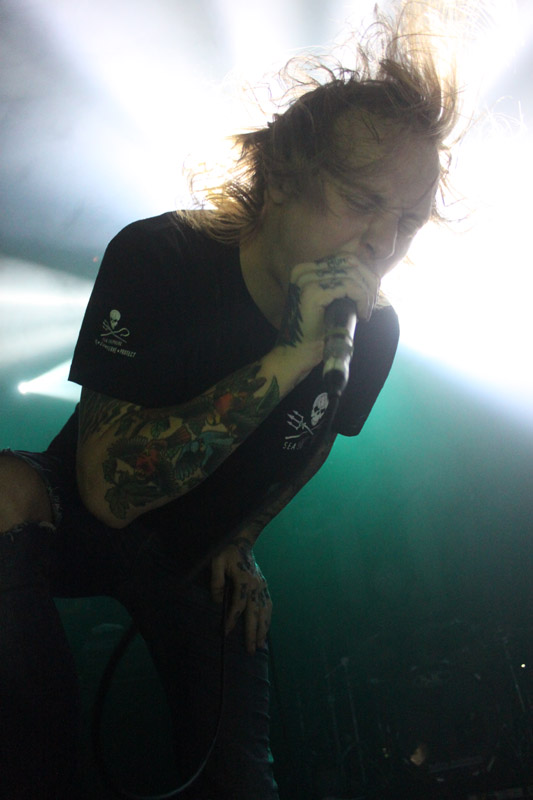 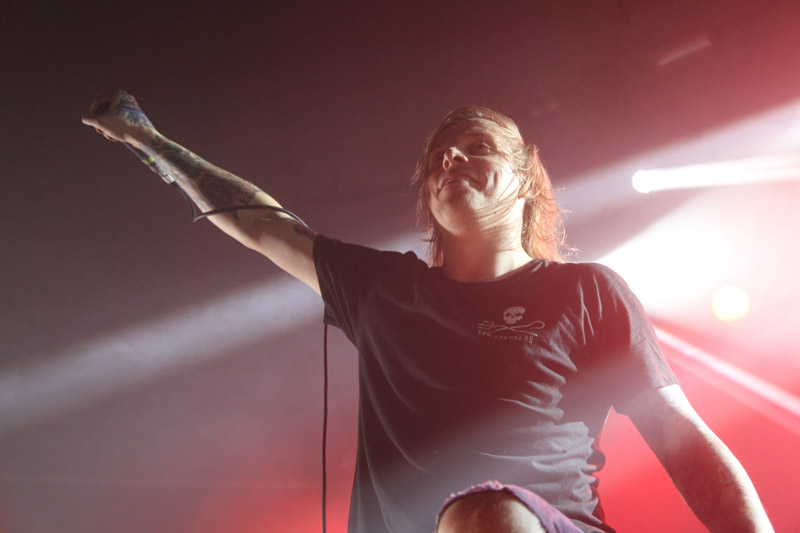