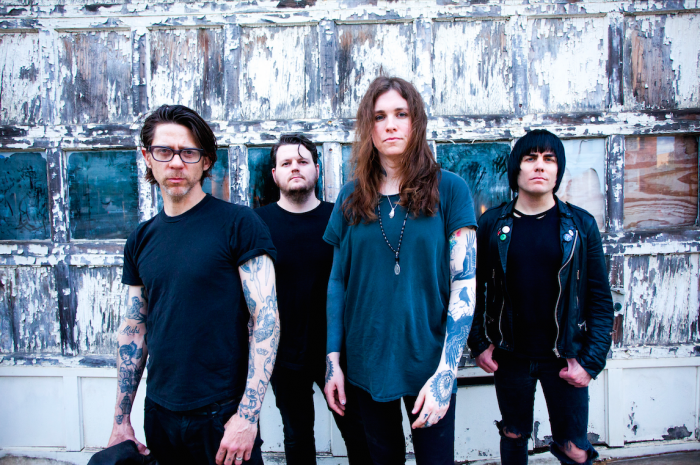 Celebrated American rock band Against Me! release their brilliant new album Shape Shift With Me out today.

Shape Shift With Me has the distinction of the first album frontwoman Laura Jane Grace has written truly from the heart, with no metaphorical cloaks cast over the lyrics. It’s an album about love, that deceptively complex emotion we all struggle with yet has somehow eluded most of Grace’s songwriting for the past 20 years.

BUY SHAPE SHIFT WITH ME NOW

Against Me! also recently announced the release of the music video for 333. Directed by Ione Skye and starring her friend of 20 years, Natasha Lyonne of Orange Is The New Black, as well as Welsh actorAndrew Howard who plays an electric, 1960s-inspired husband, the video for 333 illuminates a push/pull relationship between repression and free sexuality that speaks for the tension found within the song itself. “This project attracted a lot of talented people: an incredible director of photography, producer, costume designer, editor and set designer,” Skye mentions. “I felt very supported and inspired.”