Some things are eternal, some are Immortal! Abbath is both! The legendary frontman of one of the biggest and best black metal bands of all time, Immortal will be returning to Australian under his own moniker this October!

Abbath announced that he was moving forward under his own name earlier this year. The Immortal frontman and songwriter has been working on new material will enter the studio very soon to record the debut Abbath album, which will be released in early 2016.

Abbath’s first live performance since leaving Immortal was at the Tuska Festival in Finland where he treated fans to some classic Immortal songs plus a handful of tracks from his 2006 project with band mate King – simply titled I. The band also premiered a brand new song titled Fenrir Hunts 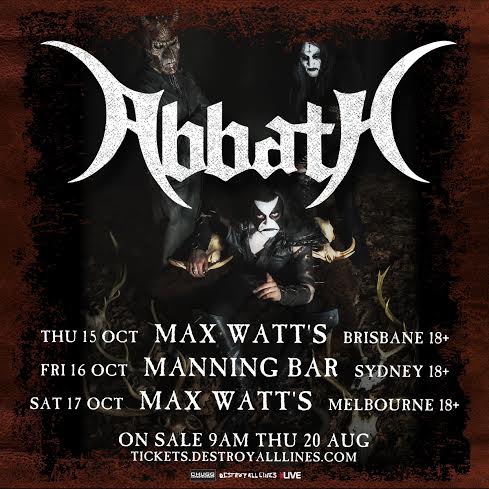