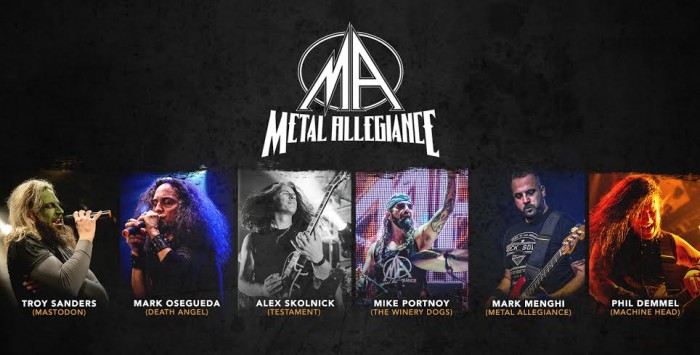 More than an experiment, a one-off or a “super group”, METAL ALLEGIANCE is an experience.

Like the comic book heroes of ‘The Avengers’, the men and women who’ve assembled to form METAL ALLEGIANCE come and go as they please, but each arrive armed with unique mythologies and classic discographies of their own, converging with mutual respect and a collaborative spirit. The result is a continuously evolving musical force both serious in its proficiency and celebratory in its enthusiasm and camaraderie.

For the first time ever Australian fans will get to witness this legendary gathering of Metal’s finest exponents exclusively at Soundwave 2016. As Troy Sanders (MASTODON) declared when he joined METAL ALLEGIANCE in January 2015: “Holy Shit! I’ve been invited to the All-Star game!”