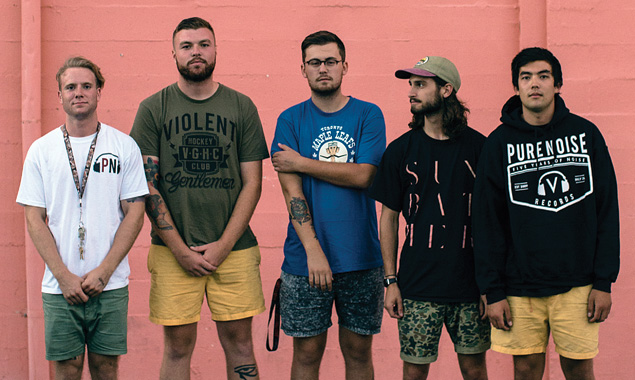 Toronto pop-punk band Seaway has announced they’ll be releasing their second album, Colour Blind, they have released a new lyric video for the track Growing Stale Watch it here:

“”Growing Stale” was an interesting one for us,” says guitarist/vocalist Patrick Carleton. “For the most part Andrew and I write on our own until most of a song is in order than we’ll get together and figure out how to tie up the loose ends. Growing Stale was essentially the last song on the record that needed to be finished so Alan Day who was co-producing had us sit outside of the control room together and blast it out together.
We were skeptical about the process at first but we ended up bouncing ideas off each other really easily and came out with a sound that’s a little unique for Seaway.

Deemed one of Alternative Press’ “100 Bands You Need To Know” in an issue out earlier this year, Seaway has emerged in recent years as one of Toronto’s significant pop-punk bands to come along in years.
The band’s upcoming effort follows their 2013 full-length record Hoser and their 2014 Pure Noise debut All In My Head EP.