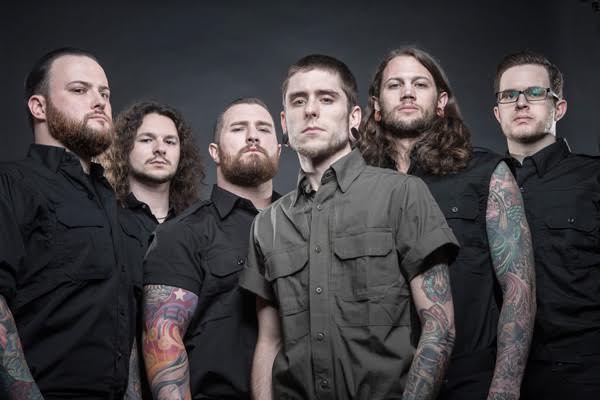 After releasing their live CD/DVD set The Brotherhood of the Blade last October in Australia via Metal Blade Records/Rocket Distribution, Whitechapel have launched a mini-documentary, entitled Untold, which gives an inside look into the less talked about aspects of touring.

Shot and directed by Mathis Arnell / Naughty Mantis, “Untold” was filmed with the band and crew over the course of the 2015 Rockstar Mayhem tour.
Watch the clip here:

Having spent most of 2015 on tour with the likes of Slayer, King Diamond, Suicide Silence, and other premier acts, Whitechapel has just entered the studio to record their sixth album and follow-up to 2014’s Our Endless War (which debuted at #10 on the Billboard Top 200 chart!). With Mark Lewis (Audio Hammer Studios) as their producer once again, the band is poised to dominate the music world this summer.

Whitechapel‘s Alex Wade (guitar) comments: “Beginning this week, we have started tracking our sixth full-length studio album. It has been a long road over the last 10 years to get to this point and we are excited to show you the next progression of Whitechapel.”

The Brotherhood Of The Blade is available in Australia now
www.nervegas.com.au/whitechapel-brotherhood-of-the-blade-live-cd-dvd