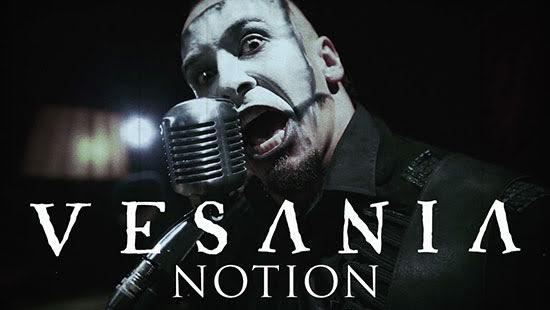 Poland’s Vesania has launched a new video for “Notion”, directed by Aleksander Ikaniewicz and taken from their 2014 album, Deus Ex Machina!
Watch the 6+ minute video epic from the symphonic black metal act that features current and former members of Behemoth, Dimmu Borgir, Vader, and Decapitated.

Vesania‘s Orion (guitars and vocals) comments: “This video we made for ‘Notion’ is not a typical music video clip. It’s more of a motion picture, and it’s over 6 minutes long, so get ready for lots of details. It’s a cinematic variation based on the idea behind the song. It tells a story of a follower, a story of being fascinated and making things you dream of, real for yourself. Becoming what you once called an idol for yourself. And then, the perspective changes once you reach this new different point of view. You realize you have more power than you can handle and at the same time, the art you create is just a way of fighting things you’re too weak to fight anywhere else. There’s a deceit in being the audience and the actor at once.”