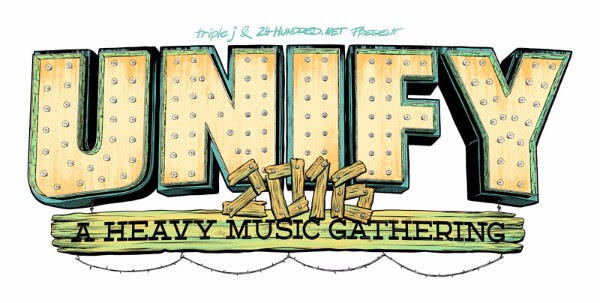 UNIFY 2016 has officially sold out! The highly successful two day camping festival will return for a second year in January 2016 with a massive lineup that will include headline performances by Parkway Drive, In Hearts Wake and TonightAlive as part of an 18 band lineup over two days.

Early Bird tickets were released late last year to those that had attended the 2015 event and the 2000 ticket allocation sold out in a matter of hours. Today, UNIFIED and RED HILL ENTERTAINMENT are extremely proud to announce UNIFY 2016 has officially sold out.

“We are extremely grateful and excited to announce that UNIFY 2016 has sold out completely. Last year, we managed to sell 3000 tickets, and this year we reached 5000. This is such an amazing feeling and a huge achievement for everyone here at Team UNIFY. Thank you all for your support.

Meanwhile, the site is being built, the bands are starting to make their way to Victoria, the merch is all printed, the beers are all on site and the weather is looking perfect – sunny and not too hot (touch wood). Lets make this an amazing experience once again! Make some friends, be good to everyone, have a dance, bring some flags for your campsite and let’s make the Unify Village even more fun this year.

See you all on Saturday and THANK YOU ONCE AGAIN!” – Luke Logemann, UNIFIED.

UNIFY is a two day boutique camping and music gathering set in the beautiful picturesque pastures of South Gippsland, a relaxed two-hour drive from Melbourne. The site is set across a secluded recreation reserve, surrounded by greenery and a 10 minute drive from the ocean. While UNIFY 2015 famously sold out of its 3000 ticket allocation in just 3 hours, its second year has now sold out at 5000 tickets. Our concept, as always, is to create a community driven event of punters across the punk, hardcore and metal world, with a lineup that showcases the quality and diversity of our heavy music culture. The site includes a camping area, full stage and production setup, BYO and Licensed areas, and a punter friendly atmosphere. 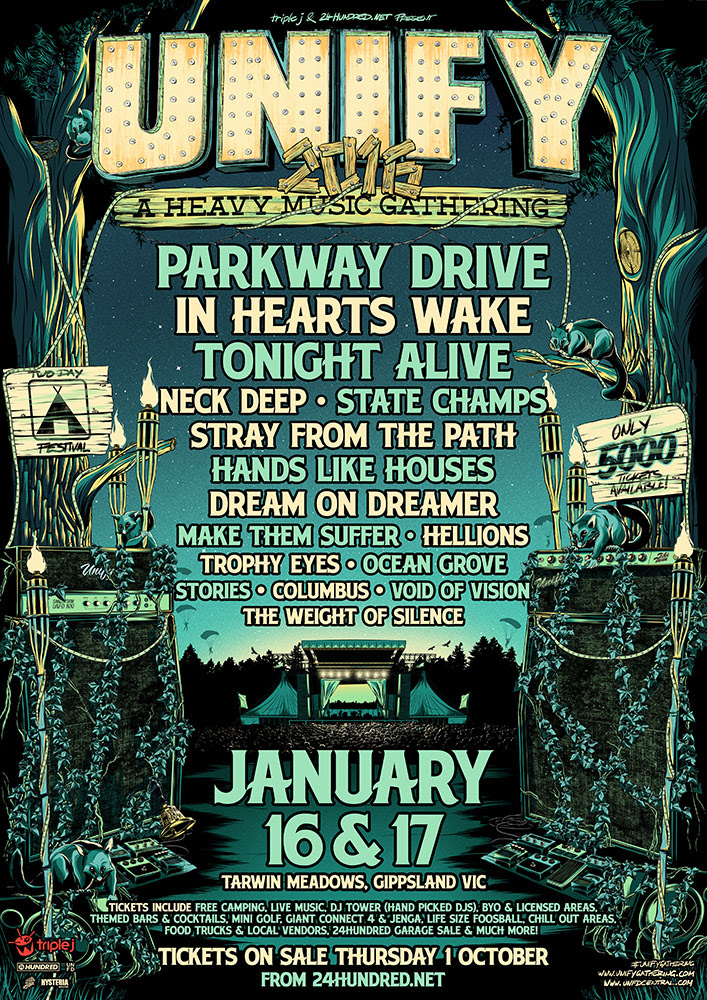