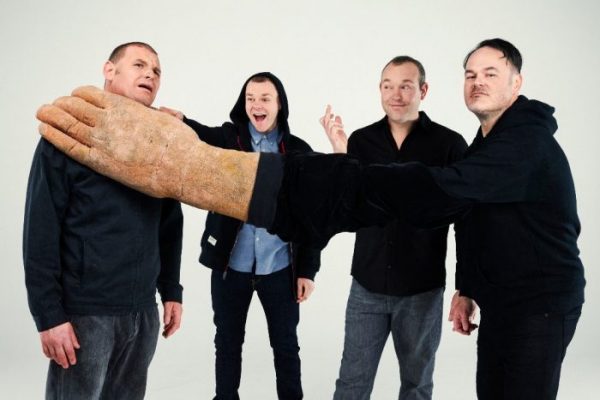 UNIFY are proud to announce the addition of iconic Australian punk rock legends Bodyjar to the 2017 lineup. Bodyjar are another huge addition to an already massive lineup, which features 26 bands over two incredible nights, that will see them share the stage with their mates in Violent Soho, Luca Brasi,Alexisonfire, House Vs Hurricane, The Getaway Plan and stacks more.

Tickets are on sale now via 24Hundred.net.

One of the most revered punk bands Australia has ever produced, Bodyjar have come a long way since forming in the Melbourne suburbs over 20 years ago. Graduating from pub stages during the worldwide ’90s punk boom, Bodyjar went on to tour the globe several times over with many of the era’s most respected acts, and appeared on festivals like the Vans Warped Tour and Big Day Out, collecting fans at all stops on their rise. Their seminal 1998 record No Touch Red was only the beginning as 2000 saw the release of their Gold certified, ARIA Top 20 smash How It Works, which produced the bangers “Not The Same” and “Fall To The Ground”. They released one more album in 2005 before calling it quits for close to a decade.

After a successful reunion, Bodyjar caught the bug again and 2013 headed back into the studio and came out with their eighth album Role Model, which proved the ‘Jar still have it after all these years. The band then headed over to Europe for a very successful run with fellow icons The Descendents, including a huge set at Groezrock. Back in Australia, Bodyjar played a handful of gigs, including three sold out hometown shows at the Northcote Social Club, and have been relatively quiet ever since. With only one show on the books for 2016, Bodyjar’s maiden appearance on UNIFY 2017 will be One in a Million.

Bodyjar will replace I Killed The Prom Queen on the lineup.

Once again, UNIFY will be held in the small rural town of Tarwin Lower, situated on their recreation reserve and football field just like the 2015 and 2016 events. Thanks to the support of the local community, the 2017 event is now a two night affair, which means more artists, more amenities and more amazing memories for our artists and punters. We have worked hard to make this event even more fun and comfortable for everyone involved, and can’t thank our previous ticket holders enough for their feedback and continued support.

With the support of the local Tarwin Lower community behind us and the incredible enthusiasm shown by all of amazing artists involved, everything is set for UNIFY to be the perfect start to 2017.