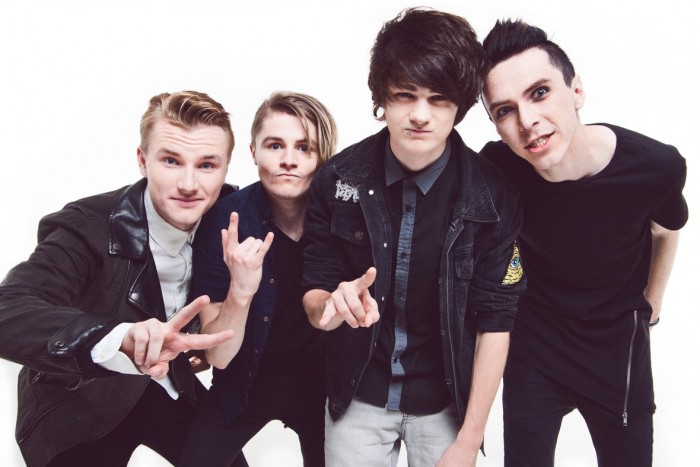 Essex County, England pop-punk 4-piece Such Strange Arts have released a new instant grat track (“Criminal”) with iTunes pre-orders of their upcoming EP, ‘Waking the Neighbours’, out January 29 on Standby Records. The EP is also available for pre-order on Google Play.

Check out the music video for the track

The band says, “We are so excited that everyone is finally able to hear Waking the Neighbours! This EP had been a long time coming and we are very proud of it; It’s an EP that has taken a lot of work, but it has been totally worth it. We can’t wait to get out and play these new songs live. See you all on the road!”

Formed in 2011, Such Strange Arts deliver catchy pop-punk with an energetic live show. Having played extensively throughout the south of England at many prestigious venues (such as O2 Academy2 Islington, Chinnerys and The Square) and now playing shows more widely across the UK, they are building a strong and loyal fan base. The debut EP ‘Our Time Is Now’ was released in the fall of 2012 and received a lot of positive feedback, along with the following single ‘Goodnight’. Having been featured in Kerrang! Magazine, SSA worked closely with Jake Pitts of Black Veil Brides, who mixed and mastered the single ’There’s A Hole In Your Logic, Dear Liza’ that was released worldwide digitally. Following a line up change and extensive gigging the band’s latest EP ‘More Than We Know’ was released in summer 2014 to widespread positive reviews.